Bernie Sanders: It's a 'tragic mistake' to dismiss anti-establishment voters as 'deplorable' 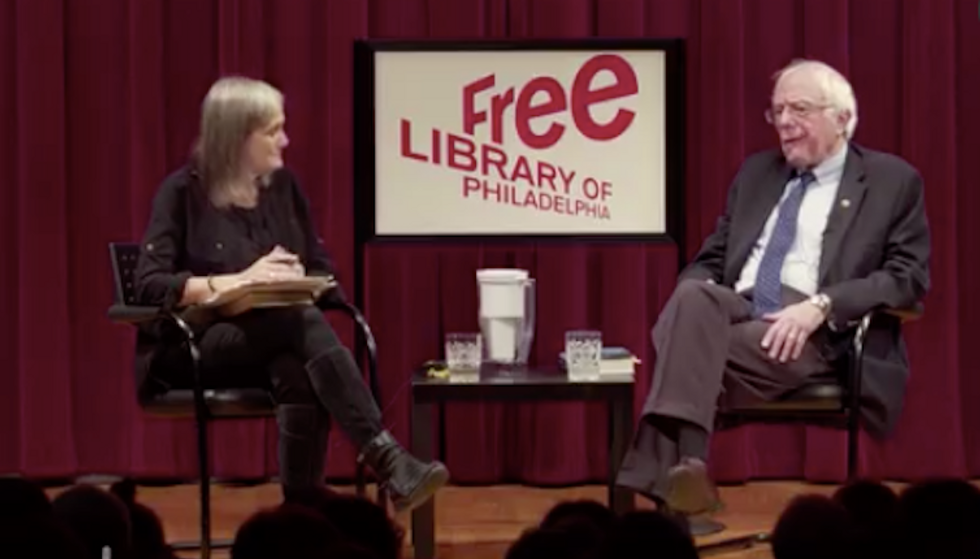 Since the election of Donald Trump, Vermont Senator Bernie Sanders has been outspoken about where the Democratic party should go from here. In a November interview with Democracy Now! host Amy Goodman, Sanders laid out how the Democrats can broaden their appeal to more working and middle-class people in all 50 states.

Sanders assured Goodman that his intention is not to beat up on supporters of Hillary Clinton, but that it's important for Democrats to admit that the party's electoral strategy has not been working.

"When you lose, you know, it’s like they always say about the football coach: You know, if you’re zero and 10, you’re not doing well. Well, the current approach clearly is not succeeding, and we need a new approach," he says.

An essential element is that Democrats campaign all over the country, not just in states that are deemed winnable. "That means we start playing ball in states that the Democrats have conceded decades ago."

He also emphasizes the formation of a grassroots movement characterized by class diversity.

"We create a kind of grassroots party, where the most important people in the party are not just wealthy campaign contributors, but working people, young people, people in the middle class, who are going to come in and going to start telling us what their needs are and give us some ideas as to how we go forward," Sanders says.

The Senator noted that while it might be tempting to write off all Donald Trump supporters as racists, sexists, and xenophobes, post-election analysis needs to be more nuanced.

"There are some people who think that everybody who voted for Donald Trump is a racist, a sexist or a homophobe or a xenophobe. I don’t believe that. Are those people in his camp? Absolutely. But it would be a tragic mistake to believe that everybody who voted for Donald Trump is a 'deplorable,' Sanders said, referencing Hillary Clinton's "basket of deplorables" comment on the campaign trail. "They’re not. These are people who are disgusted, and they are angry at the establishment. And the Democratic Party has not been clear enough, in my view, about telling those people, whether they are white, whether they are black, Latino, Asian American or whatever, women, gay, whatever, that we are on their side."