Chuck Todd: Trump has ‘daddy issues’ and never laughs, ever 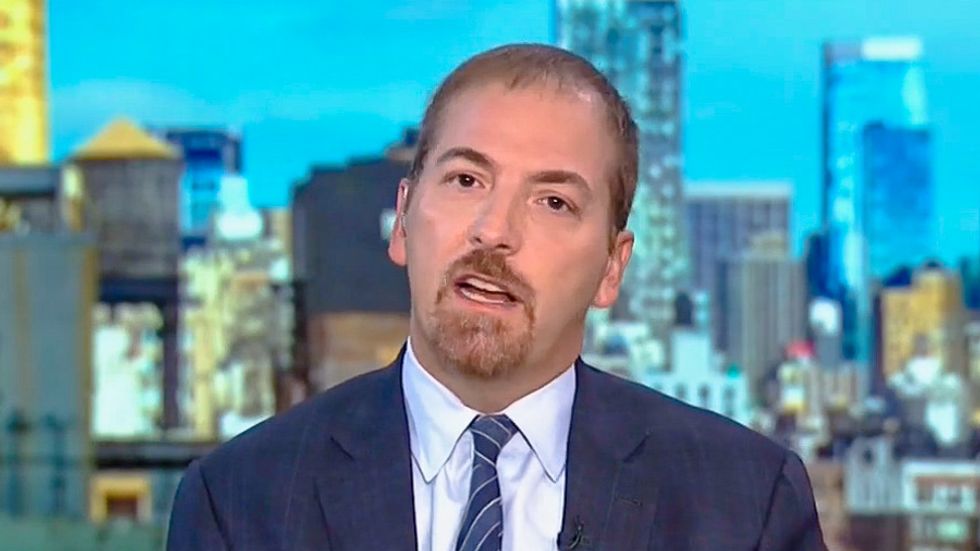 NBC's Chuck Todd joined Politico's podcast series "Off Message" for a revealing conversation about President-elect Donald Trump in which he shared some insights on Trump's behavior. He explained the president-elect's close attention to how his interviews appear visually, as reported by the Hill.

Todd commented on Trump's habit of watching his finished interviews with the sound off because "he wants to see what it all looked like." The "Meet the Press" host has interviewed the president-elect on various occasions.

He said, "He will watch the whole thing on mute. He thinks this way, and look, it's an important insight in just understanding him. The visual stuff is very real beyond just himself."

The Hill reports that former Fox News CEO Roger Ailes wrote about this as part of his process for choosing TV personalities — watching prospective personalities for 10 minutes without sound. Imagery is important, according to Politico, and Trump's attention to his visual appearance was politically effective.

Todd also spoke to Trump's "daddy issues" in the podcast. "Look, he’s not the first president to have daddy issues," he said. "There’s nothing like a parental issue to add a chip … My name is Chuck Todd and I have a chip on my shoulder about my dad … Everybody has the chip."

Last fall, a report revealed that Trump's late father, Fred may have been associated with the Ku Klux Klan. The New York Times reported in 1927 that he was arrested at a Klan rally in Queens, according to the Guardian. Trump defended his father, however, suggesting that "there were no charges."

Todd also opened up to Politico about the one thing that bugs him most about Trump — he doesn't laugh and it drives Todd "crazy." He said, "Do you know what? I’ve never seen him laugh."

"He’ll smile, but he smiles appropriately. Watch him at the Al Smith dinner [the roast in New York City in October] ... He doesn’t really laugh. He looks for others to laugh. It is just weird."

You can listen to the full podcast here.