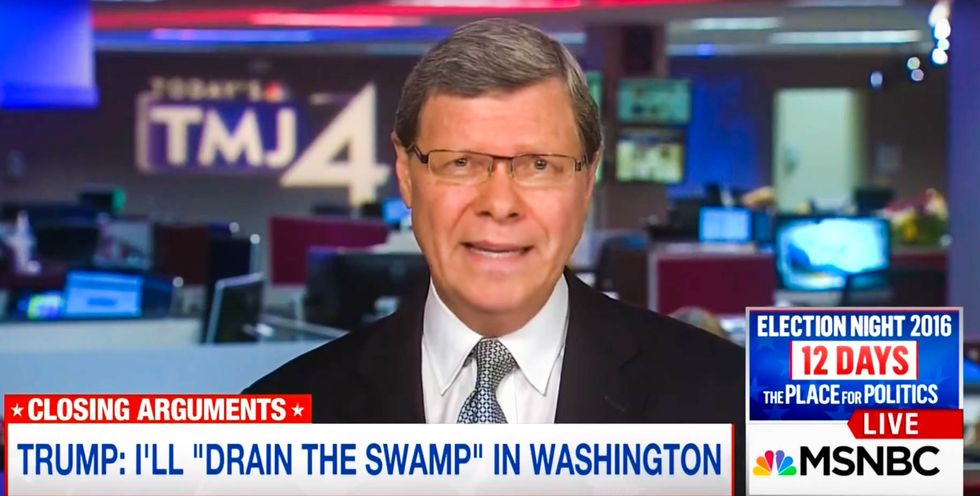 President-elect Donald Trump is going to continue firing off unfiltered tweets even when he heads to the Oval Office next month, and conservative radio host Charlie Sykes thinks it's emblematic of his limited intellect.

Via Daily Kos, Sykes appeared on Lawrence O'Donnell's show this week and explained that Trump simply lacks the discipline and curiosity to think beyond 140-character blurbs on social media.

"This is really going to symbolize the quality of this man's thought," he said. "I mean, there was a time when we had presidents who read books. Now we have presidents who write in 140-character messages."

In fact, Sykes hinted that it wouldn't make sense for Trump to try to use more traditional means of communication as president because his thoughts aren't big enough to make them necessary.