'Fear and Clothing' author: You're wearing that Hitler haircut and biker jeans because you're scared 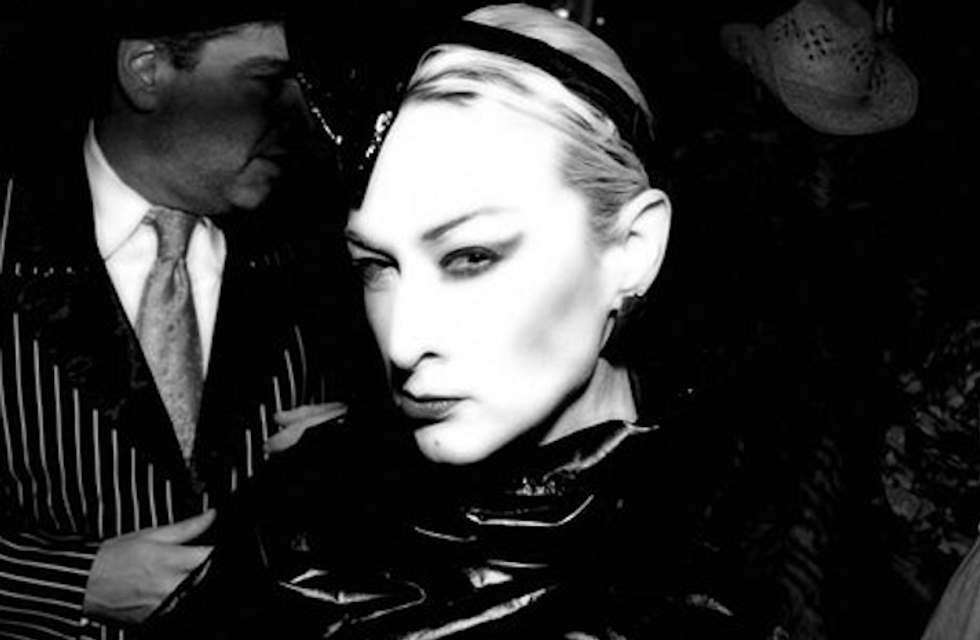 Nazi looks have never gone out of style, says Fear and Clothing author Cintra Wilson, and people dress tough when they feel vulnerable.

Raw Story spoke with Wilson on Friday about the return of the so-called "Hitler Youth" haircut and the reappearance -- didn't they only just leave? -- of cargo pants and other military-inspired looks on the world's fashion runways.

When asked whether the return of a hairstyle associated with the Nazi era and the rise of right-wing authoritarianism around the world is just a coincidence, Wilson replied, "It's really hard to say, only because Nazi fashion has never really gone out of style."

One of the scariest things about the Third Reich, "the most atrocious and horrible people in history," she said, was their deft use of style and design to sell their ideas to the public.

"Hugo Boss did design S.S. and Hitlerjugend wear and not for nothing. They really had powerful aesthetic imagery, which was very seductive," Wilson said. "It still is. Anyone in a black leather trench coat is going to get laid."

The haircut that has some people up in arms, she said, has been around at other points since the Nazi era. British techno pop bands like the Pet Shop Boys and New Order sported the long-on-top, short-on-the-sides-and-back look in 1982.

"It's, essentially a really useful, androgynous haircut," she said. "I have that haircut now and nobody hates racists more than I do."

"Fashion and Nazism have always kind of secretly held hands under the table," she explained, "You kind of can't deny those aesthetics, which is a troublesome idea."

However, no one is scarier to us than Nazis, she said, and people have a tendency to dress tougher than they feel, hence the return of military-inspired looks like cargo pants and shorts, which have made a return to just as most people thought they were firmly relegated to clueless dads and toddler boys.

"Military looks have always been in vogue," she said, "particularly since 9/11, empathizing with the fact that we are a nation at war. We're not even aware that we're at war. We are so little about the wars that we're still fighting overseas."

With the rise of Donald Trump -- who she called "the dog that caught the car" and whose speech patterns she characterized as "sociopathic word salad" -- a lot of people are feeling vulnerable.

"I think women are feeling kind of defensive. And any time that things get economically tough," she said, fashion reflects it.

Her own look, at the moment, is trending toward "lesbian at the bottom of a U-boat, but that's how I feel: isolated, defensive. I don't want anybody to look at me and if anyone does look at me, I just want to look tough. And if I do have to get into a scuffle in a parking lot, I don't want to rip anything valuable. Keeping the hair short and the Dickies on."

"We dress tough when we feel vulnerable," Wilson said. "It's always armor. You're creating psychological armor."