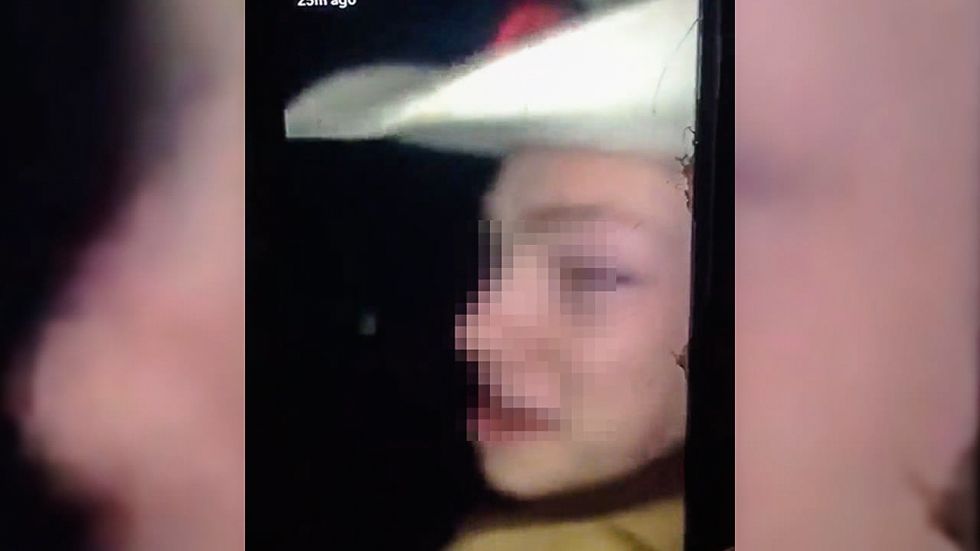 KATU reported that Snapchat video of the Oregon City High School students was first shared on Twitter over the weekend by former student Marcus Hasan.

In the video, the students also use a racial slur to describe to Principal Tom Lovell.

Hasan told KATU that the video "made me feel kind of sick because no one should be using [the N-word]."

"When I saw the video I just felt like I needed to post it because all the racist stuff that's been going around in Oregon City," Hasan explained. "And I don't think like everybody really knows what that word means and why they shouldn't be saying that."

Earlier this year, Hasan's girlfriend contacted KATU after someone left a racist note at her house, reading, "Go back to picking cotton, n****r." In October, another student was caught sharing a sign on social media that said, "Welcome back to the farm, n****r."

In a message posted to Twitter on Monday, Lovell said that the most recent video represented "[e]xactly the type of negative behavior we are trying to stop."

"It won't be tolerated," the principal insisted. "There will be severe consequences for this."

"An investigation is underway and individual students will face disciplinary action up to and possibly including expulsion," a statement from the district explained on Monday. "School administrators will also work with the students involved to make this situation a teachable moment and assist them in efforts to repair the pain caused by their actions and words."

The parents of one of the students seen in the video apologized in a statement to KATU.

"The incredible lack of respect displayed for Principal Lovell and others in that video is deplorable," the statement insisted. "We do not condone that kind of speech or hateful message about any race, religion, gender, gender identity, or sexual orientation."

"Our son apologizes for his role in this event and deeply regrets the part he played in disseminating that hateful message. He has never used that kind of language or expressed views similar to those in our presence," the parents continued. "By not exercising good judgment, this mistake has taught him an invaluable life lesson about the power of words and the responsibility to use your words to build a better society for all to coexist."

"We apologize for our son’s actions and want you to know that we take this incident seriously. As a result, we have made some decisions for our son that will drastically change his current social circle. He will be engaged in organizations and/or programs that promote equality and tolerance."