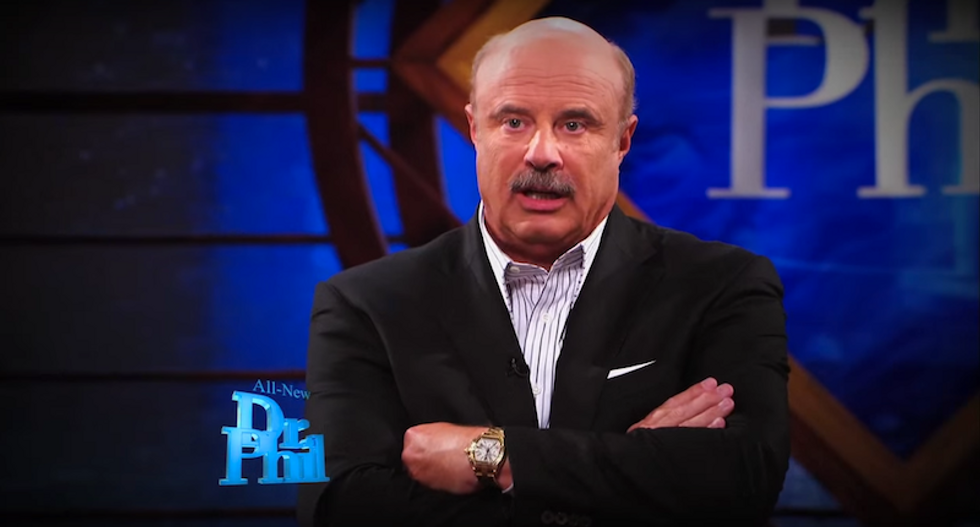 Strauss made a name for herself in the modeling industry when she won a spot as a contestant on America's Next Top Model in 2007 where she was also a finalist in her season. Her time on the series landed her a deal with Otto Models and she was able to start her own clothing line with Hitch Couture.

However, the Independent Journal Review writes that, in the midst of her many successes, Strauss was also struggling to fight her addiction to meth.

Over time, her addiction spiraled and Strauss suffered both personally and professionally, which lead to her appearance on Dr. Phil's show in 2012. Looking back, she spoke with TooFab about her appearance on the show saying, "First of all, I was interventioned, meaning I did not have a choice."

She added, "I do feel that 'The Dr. Phil Show' exploited me and has done that to other people and their addictions."

Strauss explained that the intervention did help lead her to seek recovery for her addiction and served a greater purpose in helping others dealing with similar struggles.

"I have an inner conflict, because I know that my story has helped so many people, she said. "The number one important thing in my life is to help other people, so I wouldn't change that, but it was not voluntary."

Dr. Phil's show has profited off the "big stories" and shock value of people's trauma and life struggles. Fans were upset when he had the Shining actress Shelley Duvall on the show to discuss her mental health issues, noting how they felt he took advantage of her situation, IJR reported.

Still, Strauss, now 32 years old is doing much better since her appearance on his show four years ago. "Not a drink, not a pill, not a joint, not a line, nothing. It's really amazing. It's a huge miracle to still be breathing after what I was up to and I'm so grateful," she said.