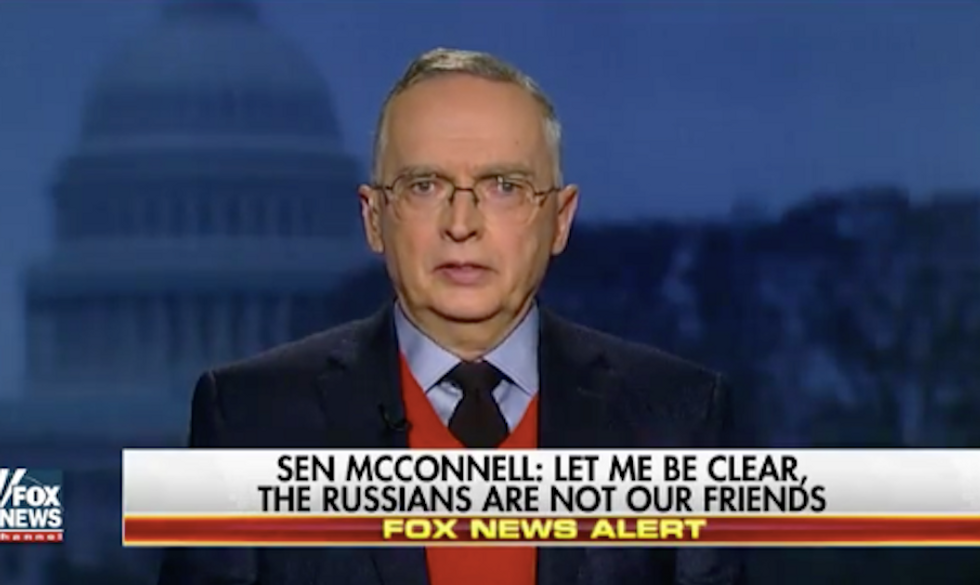 Mediaite.com said that Peters believes that Tillerson is so closely aligned with Russian Pres. Vladimir Putin that he would be functioning as Russia's "useful idiot" at the top of the State Department.

"I personally know of no one who thinks this is a wise nomination," Peters told host Martha McCallum.

Furthermore, Peters noted, Trump has this "weird stumbling block where the president-elect will not ever criticize Vladimir Putin for anything, ever."

Tillerson, he said, has long-standing ties to Russia and to Putin's administration in particular.

“This is a guy who pals around with Putin,” Peters said. “The last thing we need at a time when Putin is trying to harm NATO… is a guy who thinks Putin’s great.”

"I know the Russians and it won't work," Peters said. "We're suckers for the Russians. I'm afraid the president-elect is being suckered and I don't trust anybody whose done mega-billion-dollar deals with Putin's government."

"I think [Tillerson] is what the Russians call a ‘useful idiot.’ Someone who puts the profit motive above the welfare of the United States. You can’t do business with Putin’s Russia without getting dirty. It can’t be done. I want to see someone who puts America’s interests in front of those of Exxon Mobil. Sorry,” he said.