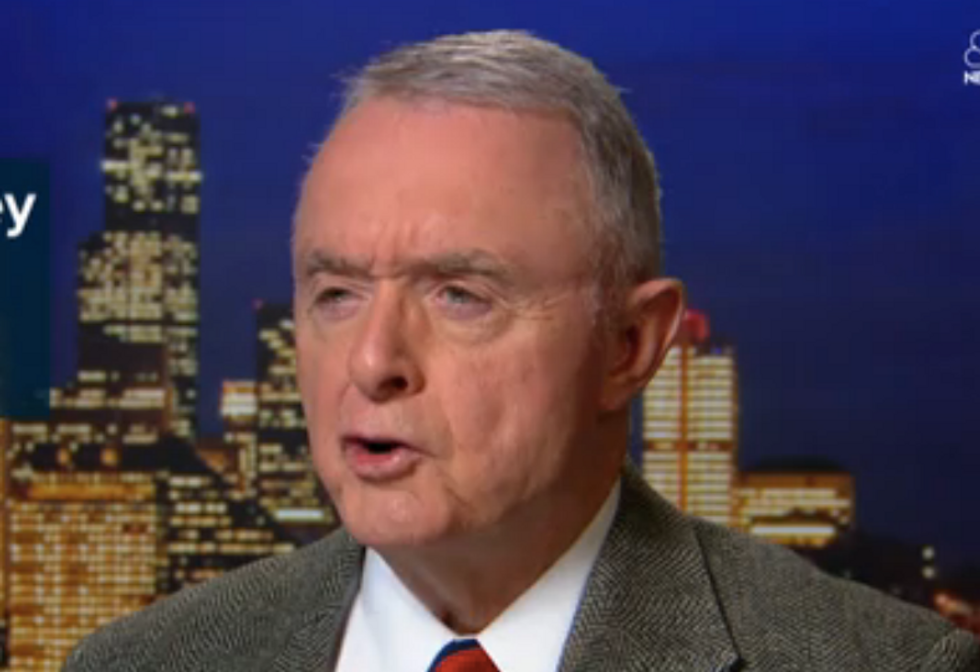 Former national security advisor to Pres. Bill Clinton and commander of the first Gulf War Gen. Barry McCaffrey said on Thursday that he is pulling back his initial endorsement of Lt. Gen. Michael Flynn as chief national advisor to President-elect Donald Trump.

The reason, he explained in an appearance on NBC News, is that Flynn's endorsement online of wild conspiracy theories and "fake news" stories has caused him to question Flynn's judgment.

"You know, I was very strong in my endorsement of him," McCaffrey said, "when he was first announced for the NSA position."

However, since then McCaffrey has taken a look at Flynn's social media presence and the propagandist, flatly untrue things the appointee believes and retweets.

"But I must admit that now I am extremely uneasy about some of these tweets, which don't sound so much as if they're politically skullduggery, but instead border on being demented," McCaffrey said.

"So I think we need to look into this and sort out what's going on here," he concluded. "I think we need to aggressively examine what was going on with Gen. Flynn and his son dealing with these transparent, nearly demented tweets that were going out."

"I think it needs closer scrutiny," he said.

Flynn and his son, Michael G. Flynn, have come under scrutiny in recent days over the two men's shared habit of "liking" and re-tweeting posts by white supremacists, junk news stories and other internet detritus that promote a right-wing ideological agenda with no facts or evidence to back them up.