'He needs to stop tweeting': CNN panel says Trump's 'erratic' Twitter habits will be his undoing 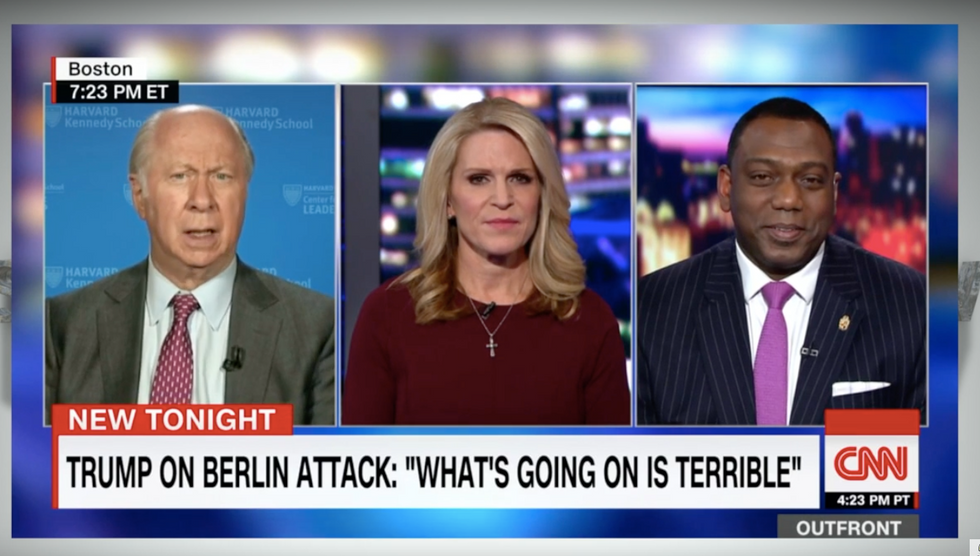 In the wake of violent attacks in Turkey, Switzerland and Germany this week, President-elect Donald Trump has shown his characteristic lack of restraint on social media.

On CNN, anchor Poppy Harlow hosted a panel that included Basil Smikle Jr.,David Gurgen, and Alice Stewart to discuss Trump's itchy Twitter finger and the possibility that he could do real harm in the world as a recklessly tweeting president.

Harlow pointed out that with the assassination of the Russian ambassador to Turkey, violence against Muslims in a Swedish mosque and an attack on a crowded Berlin market that killed 12 and injured 48, Trump blamed "radical Islamic terrorism." However those charges have not been borne out.

In each instance, Harlow said, "he jumped the gun." He did it a few times during the campaign, she noted, but asked Republican strategist Alice Stewart, "Aren't the stakes higher now?"

He might even be right in some of these cases, Harlow said, but "until you know, why say it?"

Stewart replied that Trump has been "correct more than he's been incorrect when it comes to pointing out radical Islam."

"But why jump the gun?" asked Harlow.

"It is problematic that Donald Trump doesn't sort of seem to have the ability to control his need to get out in front of everyone else -- even if the information is wrong," said Smikle.

Former high-ranking White House official David Gergen said that yes, as Trump's inauguration approaches, it becomes more and more imperative upon him to approach the office with seriousness and that he should start getting his intelligence briefings on a daily rather than weekly basis.

With regards to Trump's access to Twitter, Gergen said, "It would be a blessing if it just went away."

"It's not going away, David Gergen," said Harlow.

"He needs to stop tweeting the way that he is," said Smikle. While it makes him seem accessible and genuine to voters, "there's an erratic nature to it which I think will undo him at some point in time because as David said, every word matters."

We need a person in the White House, Gergen said, who speaks "with authority, with respect for the facts."