Here's why it's time to call bullsh*t on prayer requests 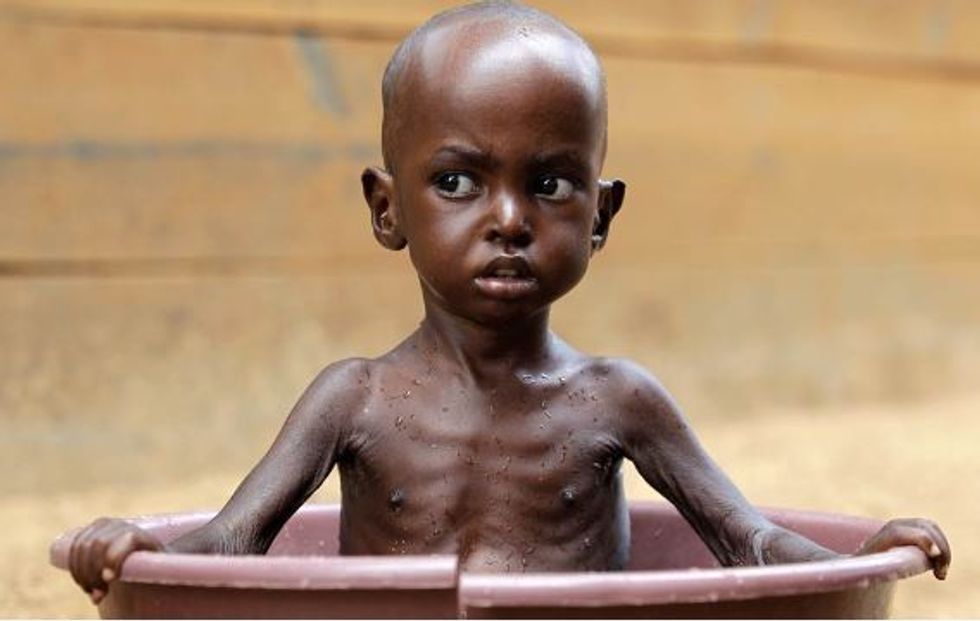 Asking God for help is not as harmless as it seems.

In the face of terrorist tragedies or natural disasters (sometimes called “acts of God”), preachers and politicians call for more prayer. And why not? It costs them nothing and earns them points. Public opinion and even the Bible are on their side. “Cast all your cares on him, for he cares for you,” said one Bible writer. “Ask and you will receive,” promised another.

Even though research shows that prayer requests don’t have any measurable effect—that God, at best, operates at the margins of statistical significance—pro-prayer platitudes and scripts are cherished and repeated and handed down from generation to generation. As a child at Camp Good News, I crooned along with my fellow campers: God answers prayer in the morning, God answers prayer at noo-oo-oon, God answers prayer in the eeevening . . . My youth pastor explained why it didn’t always seem that way: Sometimes God says yes, he told us, sometimes He says no, and sometimes He says wait. Forty years later, Christian children and youth still memorize the same lines.

Atheists, agnostics and other secular activists may think prayer is hogwash, but a lot of other people like praying and they like to think that it works. So, why not just leave the habit alone? It seems harmless enough. “Prayer makes us feel good.  It gives comfort.  It’s a way to feel like we’re doing something important with minimal effort,” says former Evangelical Seth Andrews.

It may even have other benefits.

To be perfectly clear, not all prayer involves soliciting favors from a God or gods. Prayers can take many forms, including meditation and thanksgiving, that may provide related benefits and pleasures. But even petitionary prayer—the kind that makes requests—may have benefits whether or not a supernatural being actually responds in some way.

Formulating a prayer request may help a person clarify his or her own desires; it may strengthen resolve or lend confidence to an endeavor. Placebo or hypnotic effects may operate even when divine intervention doesn’t. Handing off anxieties or burdens to a deity may provide relief, at least temporarily. Praying for others may offer comfort at times that we otherwise feel powerless to help. Asking forgiveness from God may help people to forgive themselves.

So, shouldn’t skeptics let prayer and pray-ers well enough alone? Disillusioning people about prayer seems mean, especially when those prayers come from an impulse of altruism, generosity, or compassion.

While I am sympathetic to this perspective, I believe that petitionary prayer is far from harmless and that in the long run research is needed to sort out positive and negative prayer effects so that humanity has a real accounting of the benefits and costs. In the meantime, we can be clear that at least some costs are real.

For one thing, praying entangles people in a bizarre maze of cognitive contradictions. As Christopher Hitchens pointed out, “A man who prays is one who thinks God has arranged matters all wrong but who also thinks he can instruct God on how to put them right.” Think about it: A Christian claims that God is all-knowing, all-powerful, and good, and that He has a perfect plan for each of our lives. But that same believer, during prayer, asks this all-knowing perfect being to change some part of the divine plan that isn’t to her liking. If that’s not a bit presumptuous—arrogant even—I don’t know what is.

And yet, when praying, most believers don’t look puffed up, like they are going to teach God a thing or two. Instead they adopt speech patterns and postures that were demanded of slaves and servants in traditional societies, sometimes literally groveling. Head bowed and hands clasped together. On bended knee—or even prostrate on a rug. The combination of simpering and fawning while simultaneously proposing that an all-knowing deity should change His perfect plans is mind warping.

But that’s only one of many ways that prayer should be troubling.

As I said before, not all prayer involves begging favors off supernatural beings. In fact, some kinds of prayer, like contemplation, meditation, expressions of gratitude, or cultivating a mindful sense of communion with something bigger than ourselves, may be valuable habits for even secular people to cultivate. In this regard emerging secular congregations like Sunday Assembly may have a lot to learn from religious traditions.

But let’s be honest: Asking God for favors, at best, is just plain silly. It’s past time for humanity to stop asking magical favors from sugar daddies or tyrants in the sky. By the best evidence available, kindergarteners and chimps respond to plaintive pleas for help more consistently than gods do. Any doctor seeking evidence-based medical interventions would conclude that weak bleach solutions beat prayer at saving lives.

It’s time to get off of our knees and take care of ourselves and the people around us. We’ve long passed the infancy and adolescence of our species. Regressive fantasies can be delightful, but at some point clutching a teddy bear and squeezing our eyes shut and lisping “Now I lay me down to sleep” ceases to be sweet. The world needs adults who, in Sweeney’s words, are willing to get up in the morning and mind the store.

This article is Part 3 of a 4-part series adapted from the chapter, “If Prayer Fails, Why Do People Keep at It?” by Valerie Tarico in Christianity in the Light of Science: Critically Examining the World’s Largest Religion, edited by John Loftus.