'I do it because my brain is bad': SNL spoofs Trump's inability to stop retweeting random idiots 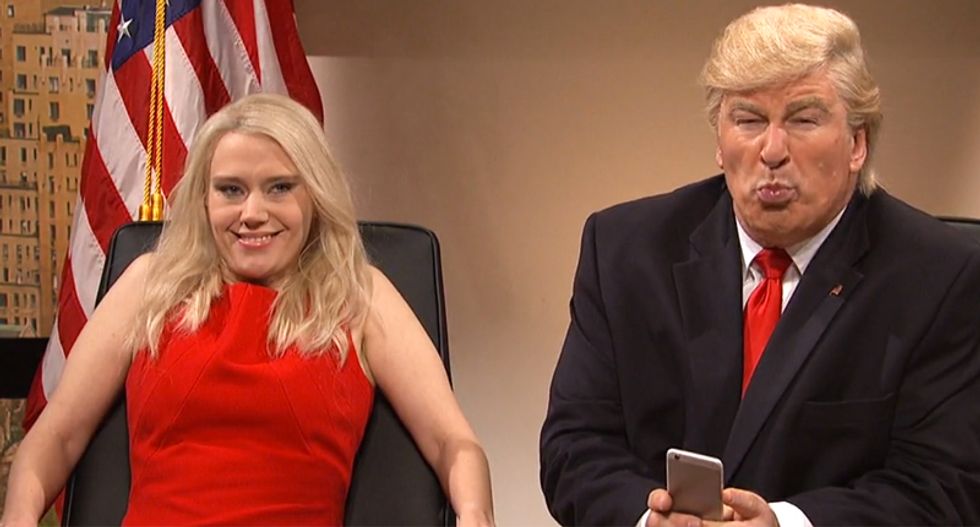 This week's Saturday Night Live opened in a high school classroom, where a random teenager named Seth's study time was interrupted when he got retweeted by Donald Trump, who was played by a returning Alec Baldwin.

The scene then flashed to a Trump Tower where Trump -- alongside Kate McKinnon as Kellyanne Conway -- is struggling to pay attention while two State Department personnel attempt to brief him on foreign affairs.

When asked why he can't stop retweeting people and paying attention, Conway answered for him, saying, "There's a reason why Mr. Trump tweets so much. He does it to distract the media from his business conflicts and all the very scary people in his cabinet."