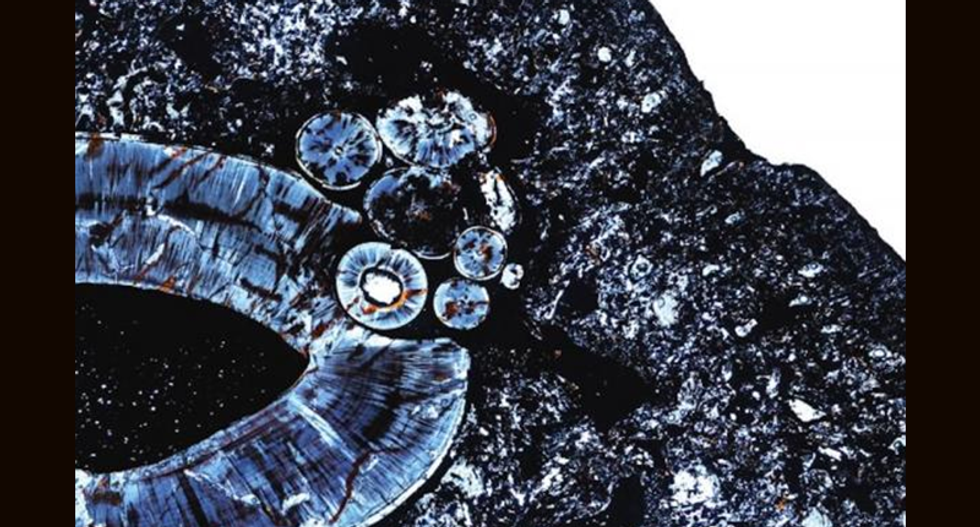 Scientists examining the jawbone of a saber-toothed, mammal-like beast that prowled Tanzania 255 million years ago have come across a remarkable fossil rarity: one of the oldest-known tumors.

University of Washington researchers on Thursday described a benign tumor composed of miniature tooth-like structures they found embedded next to the root of the creature's enlarged canine tooth while studying an unrelated aspect of the jaw.

The animal was a member of an extinct group of four-legged carnivores called gorgonopsians that mixed mammal-like and reptile-like traits. They reached up to 10 feet (3 meters) long and appeared early in the evolutionary lineage that led to mammals. The jawbone came from one of the smaller gorgonopsian species.

Gorgonopsians were among the top predators of their time, thriving from about 270 million to 252 million years ago when they were wiped out during Earth's worst mass extinction at the end of the Permian Period. Their demise came roughly 20 million years before the first dinosaurs.

When the researchers sliced into the mandible fossil from Tanzania's Ruhuhu Valley, they found a benign dental tumor called a compound odontoma that grows within the gums or other jaw soft tissues. When people get one, surgery is sometimes used to remove it.

"There was no indication that there was a tumor in this jaw. It looked normal before we cut it open. It was pure luck that we found the tumor," University of Washington paleobiologist Megan Whitney said.

Until now, this type of tumor was known only in mammals, including some Ice Age fossils tens of thousands of years old. The new discovery shows such a tumor existed in mammal ancestors that lived tens of millions of years before the first mammals appeared.

"Ancient tumors generally need to affect hard parts such as bones and teeth in order to be preserved in the fossil record," University of Washington paleobiologist Christian Sidor added.

"Fossils allow us to understand the evolution of diseases in deep time and have the potential to provide clues as to the causes of diseases that afflict humans," Whitney said.

The research appears in the Journal of the American Medical Association Oncology.

(Reporting by Will Dunham; Editing by Peter Cooney)