Leah Remini calls Scientology's bluff: If I lied about anything, sue me 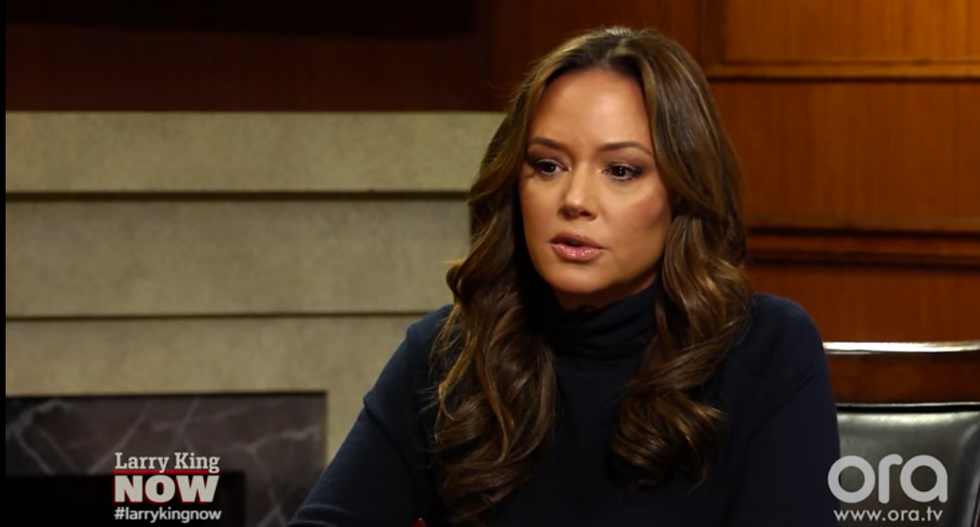 In a interview on Larry King Now Thursday, reformed Scientologist Leah Remini challenged the church’s criticism of her reality show Scientology and the Aftermath, arguing if they want to call her and her fellow defectors liars, “they should sue.”

Asked about the Church of Scientology’s statement that Remini is a “bitter ex-Scientologst” and “spoiled entitled diva” lying about the church for attention and recognition, Remini told King she has nothing to say about its position.

“I don’t,” Remini said. “I think that says a lot about this organization. They should sue us, it’s as simple as that. If we’re lying—“

“And listen, they say this on every outlet that can,” she continued. “They have said this about every single person that’s spoke out, and not one lawsuit has been brought to anybody.”

Remini noted Scientologists are “not a group that is scared of a lawsuit.”

“They’re a litigious group—so if that were true, they would simply sue us and I welcome them to do that,” she said. “What I’m not going to stand for is an organization with this kind of money to continue to do things like that, and to bully people, and to harass people, to defraud people out of their lives their money but more importantly their families, and I’m just not going to sit around and watch it happen.

In her highly rated A&E docuseries, Remini sought to bring to light the church’s “abusive practices,” including stripping members of money and separating them from their families.

The church calls Remini’s public grievances a “publicity stunt,” insisting Scientology and the Aftermath “ shows the extent Leah Remini is willing to go to in order to distort the truth about Scientology.”

To that, Remini invites the church to dispute her “lies” in the court of law.

Watch the video below, via Larry King Now: