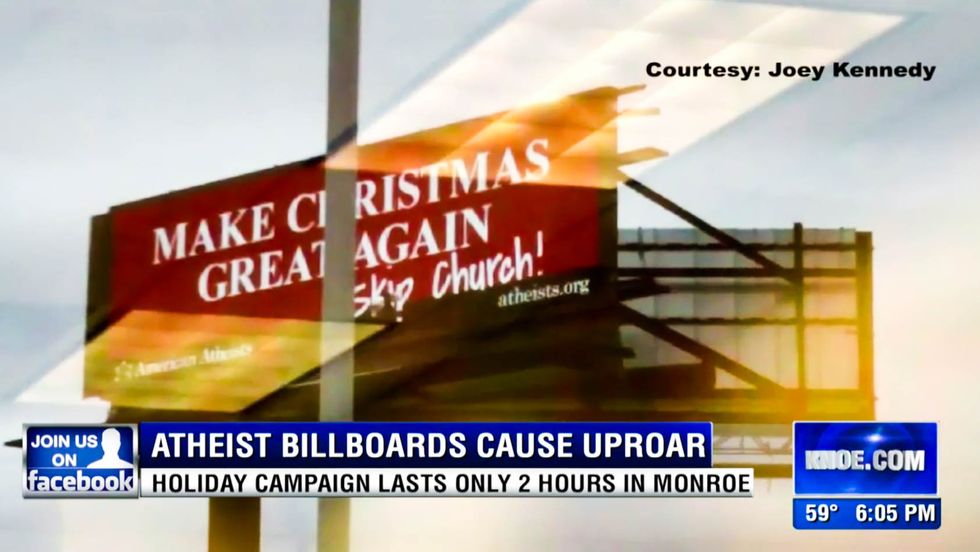 A billboard promoting atheism during the holiday season has been run out of town by Christians in Monroe, Louisiana, who deemed it too offensive for their community's religious sensibilities to tolerate.

Local news station KNOE reports that a billboard paid for by the American Atheists organization has been removed after multiple people in Monroe complained about being offended by it. The electronic billboard told people that they could "make Christmas great again" by skipping church this year, while also promoting the concept of an "Atheist Christmas."

This message proved to be so offensive for Christians in the community that they successfully demanded that it be taken down.

"I praise God that there was so much stirred up about it that it was taken down," Monroe resident Shawn Cooper told KNOE.

Nick Fish, the program director for American Atheists, told KNOE that he doesn't regret offending people with the billboard, as he feels it's needed to spark conversations about the role of religion in the United States.

"They need to get over themselves and realize this is a country with a lot of viewpoints, and they're not the only ones with a view on this," he said.

Watch KNOE's video report on the billboard below.