Michael Moore begs Trump: Attend security briefings -- or the next terror attack is all your fault 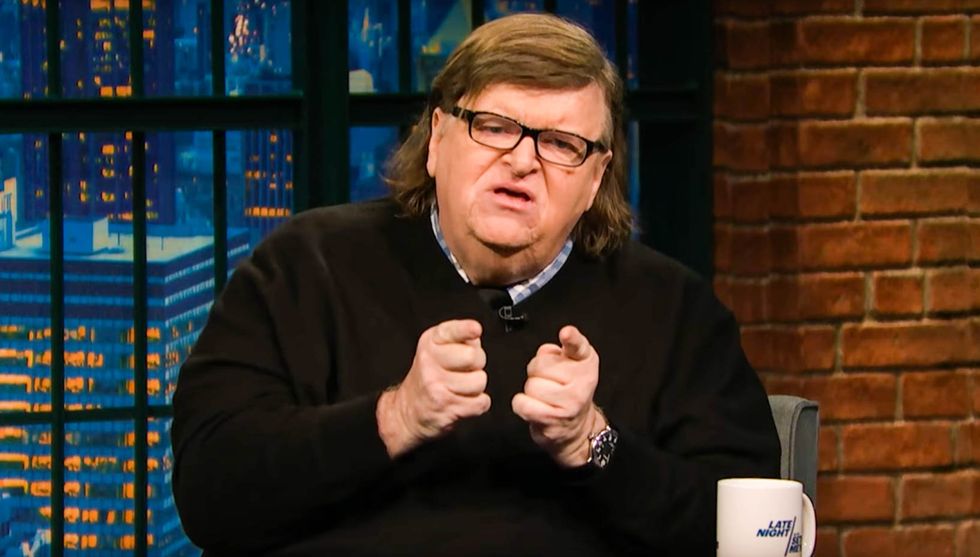 Michael Moore sat down with Seth Meyers on Wednesday night, and he had a very simple message for President-elect Donald Trump: Attend your daily security briefings.

Reacting to the news that Trump has skipped the vast majority of his daily security briefings since the November election, Moore begged Trump to start doing his duty and pay attention to the threats the country faces.

"You have to pay attention, you have to attend these briefings," Moore said. "This is our country, this is our security, this is our safety. You're horsing around with all this nonsense, and you're not doing your No. 1 job. And the No. 1 job of the president is to make sure the country is safe."

Moore recounted how former President George W. Bush was repeatedly warned about the dangers that Osama bin Laden an al-Qaeda posed to American security, and yet was unable to stop them from launching the deadliest terrorist attack ever on American soil.

Moore said that we simply cannot afford to have another president who is "unengaged" and is "not reading his briefs" about terror threats.

"I'm asking you to do your job," Moore said. "For the sake of the people who may end up dead."