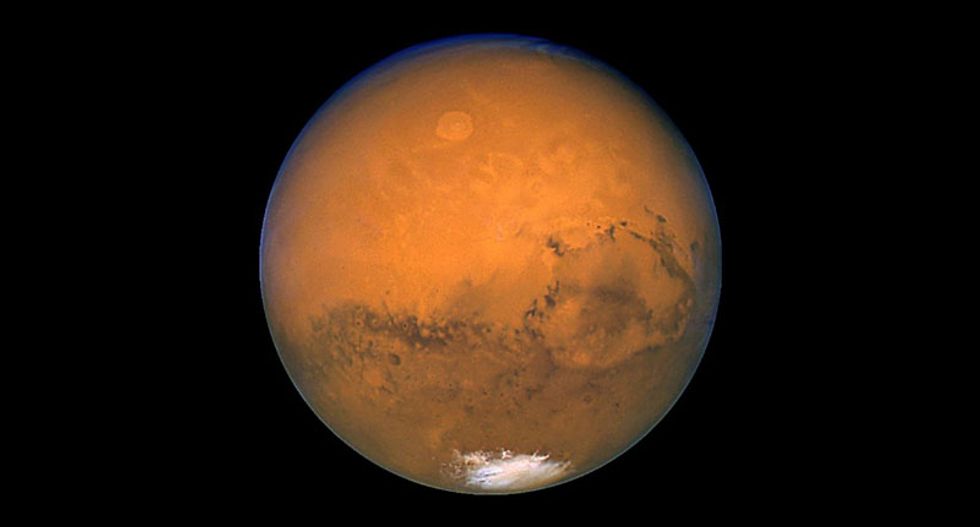 Life on Mars? There could be, if NASA's Langley Research Center proposal for donut-shaped ice houses on the red planet goes ahead.

On December 29, NASA published details about a proposed solution for housing astronauts on Mars. With technology improving, missions to the red planet -- where astronauts might spend months at a time -- might not be far off, but Mars' hostile conditions mean that some form of protective housing will be required.

The Mars Ice Home consists of an inflatable inner tube lined with a shell of ice to protect against radiation and Mars' extreme weather conditions. It would be lightweight, double as a storage tank, and would use materials extracted from Mars itself.

However, the concept is not entirely problem-free: it is estimated that it would take over a year to fill the dome with Martian water.

Other ideas for how to provide habitation for astronauts at present include making concrete on the planet.