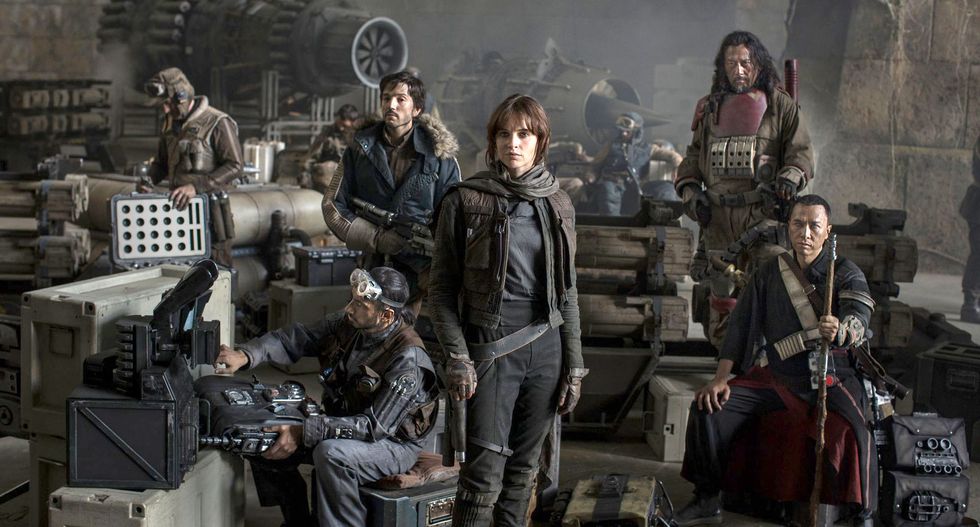 White supremacists are continuing their call for a boycott of upcoming Star Wars film Rogue One, accusing the film’s producers of promoting multiculturalism and an “anti-white” agenda, forward.com reports.

“(((Star Wars))) Is Anti-White Social Engineering,” reads a Reddit post by GenFrancoPepe on the subreddit r/altright, including a gif showing the cast from the movie; according to the image, predominantly white characters fight with the oppressive Empire while an array of multicultural characters support the rebel fighters.

“So basically star wars was SJW propaganda from the beginning?” Another user, stanicpriest13 asked the forum. “Good now I don't feel as bad about not watching the new films. The new films are going to flop big league anyway. You can push the female heroes as much as you like, but even most women don't find it interesting.”

“This film should be boycotted. Episode 7 was bad enough featuring that retarded storm trooper Negro and another empowered White female in the lead roles,” InfoStormer wrote, later adding “It looks as if the Jew run company of Disney is going to pump out as many of these awful multicultural Star Wars films as possible.”

In November, two Rogue One writers took up the cause of multiculturalism, digging at the alt-right calls for a boycott. “Please note that the Empire is a white supremacist (human) organization,” screenwriter Chris Weitz wrote in a tweet. Write Gary Whitta retweeted his coworker’s statement, adding, “Opposed by a multi-cultural group led by brave women.”

Both writers deleted their tweets, but Weitz followed up with a more subtle statement:

The safety-pin symbol first appeared following the UK Brexit vote. The pin is meant to show solidarity with immigrants, people of color, LGBTQ people and others minority groups. Responding to Twitter user, Weitz said simply the symbol shows “solidarity with people who are afraid.”

Watch the trailer for Star Wars: Rogue One below: