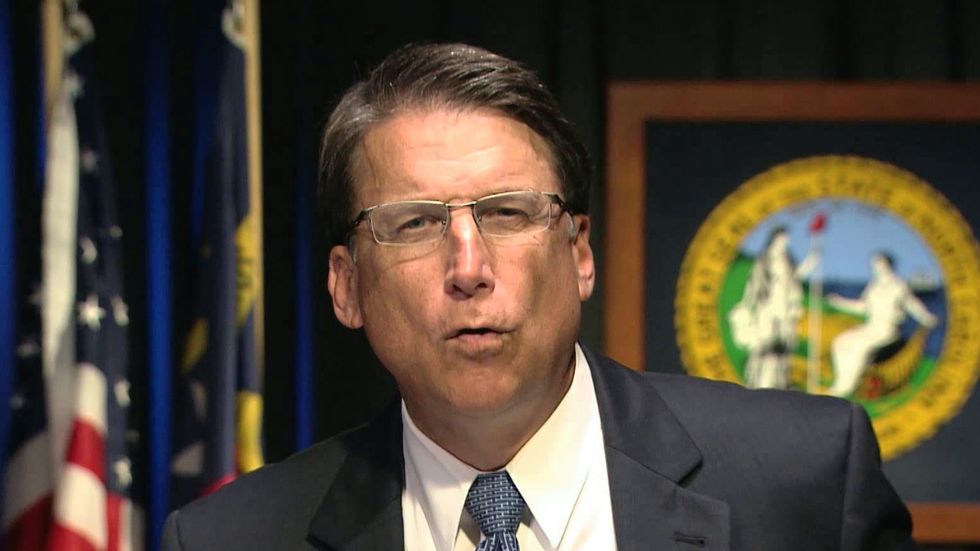 The North Carolina House and Senate held meetings on Wednesday, Dec. 21, called by Gov. Pat McCrory with the purpose of determining the future of the state's discriminatory HB2 "bathroom bill."

After 5:30 p.m. on Wednesday, said the L.A. Times, the House voted 58 to 45 to adjourn, leaving the messy matter unfinished.

McCrory signed the bill in March of this year, and targets the transgender community by restricting which bathroom any person is allowed to use. The bill itself calls for all people to use the bathroom that is associated with their so-called biological sex, defined as the "physical condition of being male or female, which is stated on a person’s birth certificate."

"No local government in this State may enact or amend an ordinance regulating employment practices or regulating public accommodations or access to restrooms, showers, or changing facilities," the proposed bill added.

Democrats were not happy. They opposed the repeal bill, noting that the "cooling period" bans local governments across the state from passing their own anti-discrimination ordinances over a six-month period.

Rep. Chris Sgro, who is also the executive director of Equality North Carolina told the News & Observer of the added cooling period, "It's doubling down on discrimination."

"This is not a repeal of HB2 at all, we're not going to let anybody claim that it is. It's HB2.2," he continued. "It's going to continue discrimination. We better see a clean repeal bill if we're going to actually clean up the mess that these folks have made in the state of North Carolina."

Democratic Sen. Jeff Jackson spoke in opposition to the repeal bill and in defense of Charlotte City Council's move Wednesday morning to repeal their own ordinance. "This wasn't the deal! The deal was simple. This bill breaks that deal," he said. "Charlotte repeals the bill and we do a full repeal. I am opposing this bill."

Wednesday's Senate debate and decision followed an emergency city council meeting in Charlotte in which members voted 7-2 to repeal the ordinance in their town.

"There was no effort on the part of the Council to preserve or protect any portion of the City Code that was in conflict with that understanding," said Charlotte City Council member Ed Driggs on Tuesday night. The city council meeting on Wednesday sought to address all three parts of the ordinance.

Wednesday's emergency meeting was set up to take "additional steps to ensure the repeal of HB2 would not be jeopardized in any way" during the House meeting. The City Council sought to prepare by repealing all parts of the ordinance, according to a statement from the Charlotte City Council.

The repeal bill faltered on Wednesday afternoon and its fate of HB2 at this juncture is still unknown.

“Looks like there will not be a vote in the House on HB2 repeal,” said Democratic Representative Ken Goodman on Twitter. “Can think of a lot of better ways to have spent my day.”