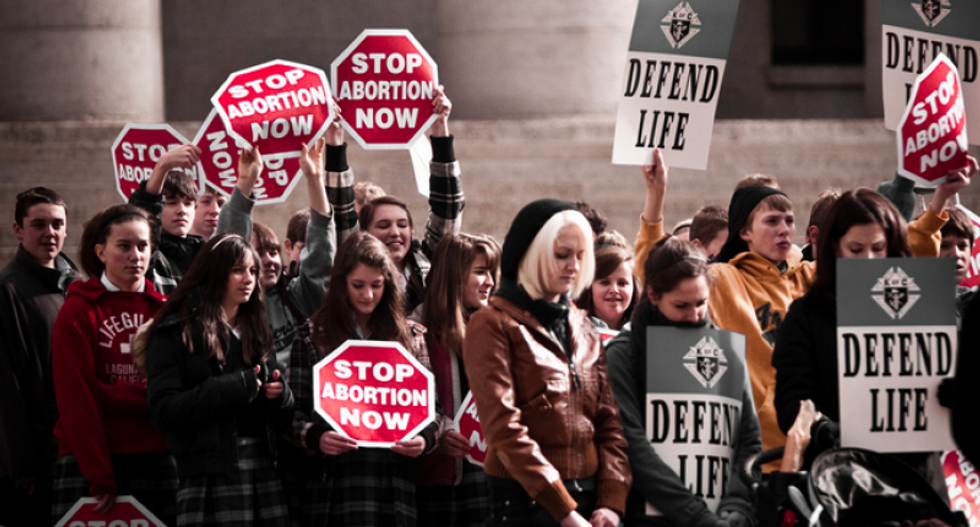 Faith2Action, a fringe splinter group from the Ohio Right to Life, wants to restrict abortion to any fetus with a detectable heartbeat. The fringe group wants the law so badly that they're willing to keep fighting through Christmas to convince the Republican legislature to override Gov. John Kasich's veto. They're two votes short, the Toledo Blade reported.

Kasich is one of the most anti-choice governors in the country, Jezebel concluded. On the same day that he vetoed the bill he signed a bill that banned all abortions after 20-weeks.

“Don’t give up — we have never been closer to ending abortion than we are right now!” wrote Janet Folger Porter, president of Faith2Action in an email to supporters.

Spokesman for NARAL ProChoice Ohio, Gabriel Mann, explained that Porter has been fighting for these laws for years and badgering officials. While many Republicans may have voted for the bill initially some of them may have done so if they knew that Kasich would veto. If they supported it then they may not support a veto override.

A total of 56 members voted to pass the bill and House Speaker Cliff Rosenberger said that two members would have voted for it but they were absent. It takes 60 votes to override the veto.