Parents intentionally starved children because they ‘did not want them anymore’: police 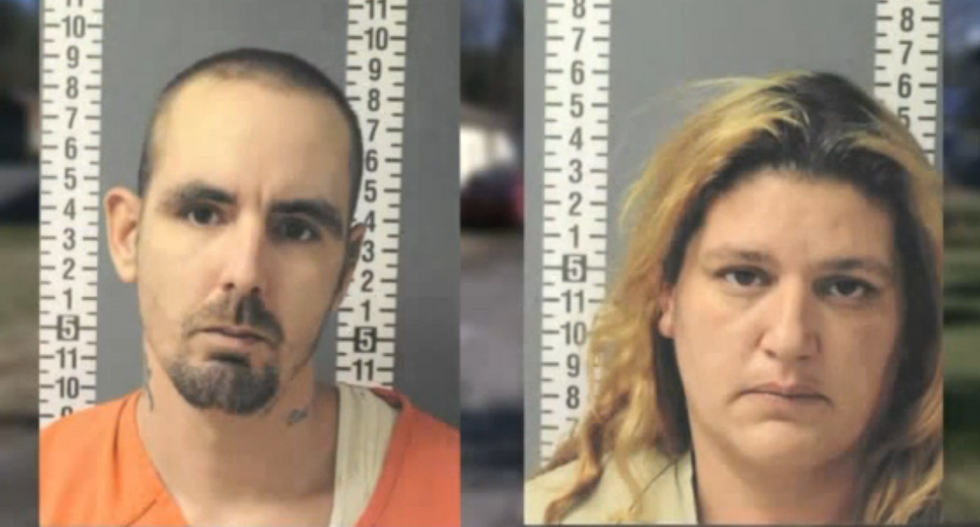 Two Halifax, Pennsylvania parents are facing assault charges after locking up their three children in a room, beating and starving them because “they did not want them anymore,” Fox 8 reports.

Police say Joshua Ross Weyant and wife Brandi Jene Weyant were charged with aggravated assault, criminal conspiracy, false imprisonment, unlawful restraint and endangering the welfare of children for locking up their 4, 5 and 6 year olds over a three month period.

The children were discovered in their home on Dec. 16 by police and youth services caseworkers.

"These were healthy kids, and while they were in their custody, these parents neglected them, starved them to such an extent they ended up the way they did," Marsico said. "We're prepared to prove they neglected these kids to such a point that they were near death."

In addition to finding the children underweight and malnourished, investigators said the kids were locked in a room without furniture or a functioning heat source. They had visible signs of physical abuse—including severe abrasions above their eyes—and told investigators they had been punched in the face.

The children also told investigators they would pound on the locked door at night to get someone to take them to the bathroom. When no one came, they would urinate on themselves; police say they found the children covered in bruises, and their clothes were covered in dirt, feces and urine.

Brandy Weyant told authorities she tried to help the kids, but Joshua threatened her with physical violence if she fed the children. She told police she “would sneak the children snacks so that Joshua wouldn't know,” and that “if the door was locked, she wasn't responsible for locking it.”

Police say at least ten other people lived in the house with the Weyants. One of their housemates, who wished to remain anonymous, told FOx43 the children were lying because he personally fed them an apple.

According to Fox43, the victims told authorities “the last thing they could remember that they ate was an apple.”

Watch the video below, via Fox8: