Police respond to reports of shots fired at Nevada school 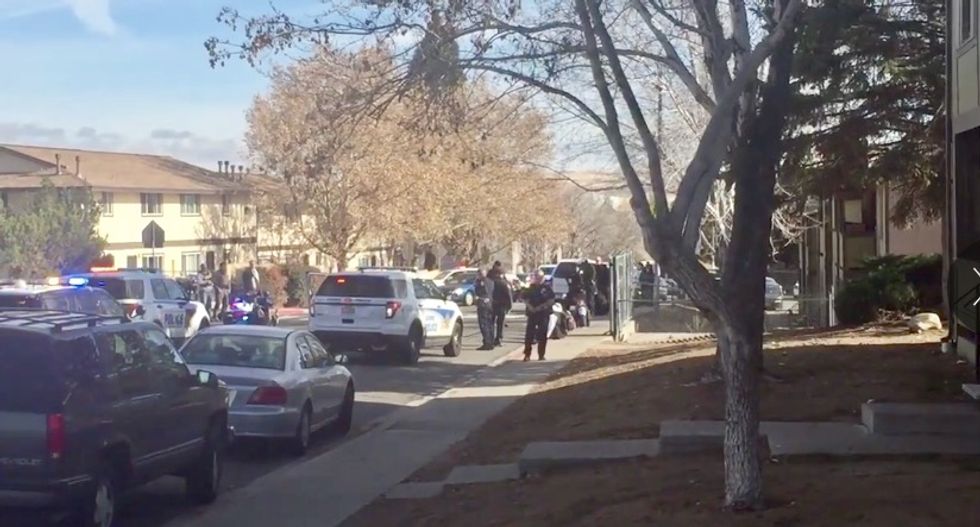 Police and school officials in Reno, Nevada, said officers were responding to a high school on Wednesday after receiving reports of shots being fired.

The campus of Procter R. Hug High School was on a "code red" lockdown, though the scene was considered stable and secure, Washoe County School District spokesman Riley Sutton said by phone.

The Reno Police Department said in a brief message on Twitter that it was on scene and securing the school.

School police told the Reno Gazette-Journal newspaper that the shooting involved an officer. High school freshman Robert Barragan told the Journal that an officer shot a student after the student pulled a knife and stabbed another student.