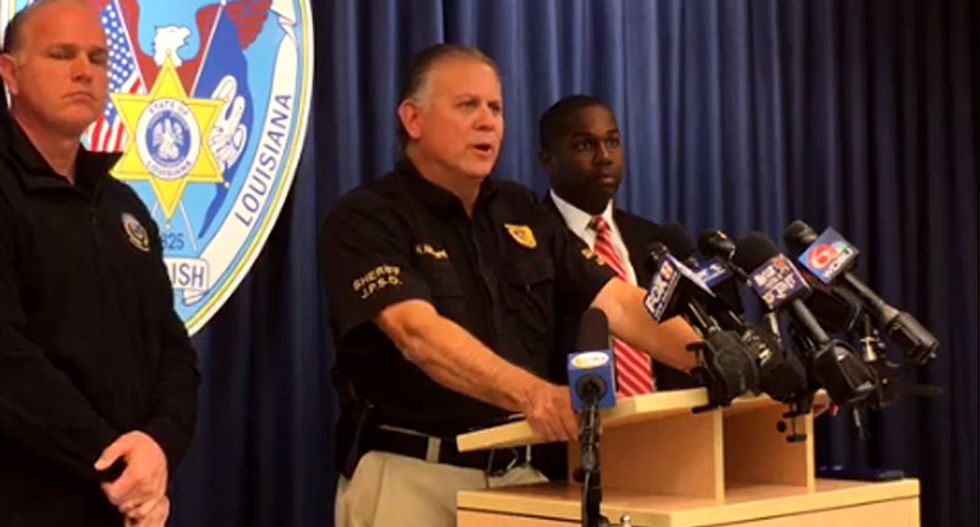 Normand said during a press conference that some statutes provide defenses to crimes in Louisiana.

"In this state there are some relative statutes that provide defenses to certain crimes and we have for example – officers have those same defenses. So when we shoot and kill somebody, it’s a homicide. The question is, is it justified or not?" he said.

Later, Normand began to say that Louisiana's stand your ground law was "one of the issues that looms on the horizon," but then cut himself off. "I'd rather not opine on that at this point."

The law allows a person to use deadly force if they're in imminent danger of losing their life or receiving great bodily harm.

Police said that Ronald Gasser, 54, fatally shot the 28-year-old former NFL player on Thursday. But Gasser was released from custody overnight without being charged.

Normand confirmed Friday that a road rage incident preceded the fatal shooting and that Gasser admitted to shooting McKnight.

Normand said police would not reveal any details of the investigation because they are still looking for witnesses. Releasing details before speaking to witnesses could taint their testimony, he said.

He also urged people not to rush to judgement.

"Any story other than the story you hear from me, the coroner, or the district attorney should not be believed, because our story is going to start with the evidence suggests, the evidence reveals or the evidence is. So again, I would ask the community to pause and reflect that when you start with I feel, that is a slippery slope. Feelings... don’t matter,” Normand remarked.

Normand said that Gasser did not stand over McKnight and fire shots into him, as was previously reported.

Gasser was in his vehicle when he fired three shots, Normand said.

Police have not recovered a video of the incident. There is no witness account of an apology being made from McKnight to Gasser.

McKnight had a gunshot wound to his left hand, his right shoulder, and chest, the coroner said.

Watch video of the press conference, courtesy of The Times-Picayune, below: