Teacher threatens to 'trash' student's rainbow gingerbread house: 'We have clubs for that' 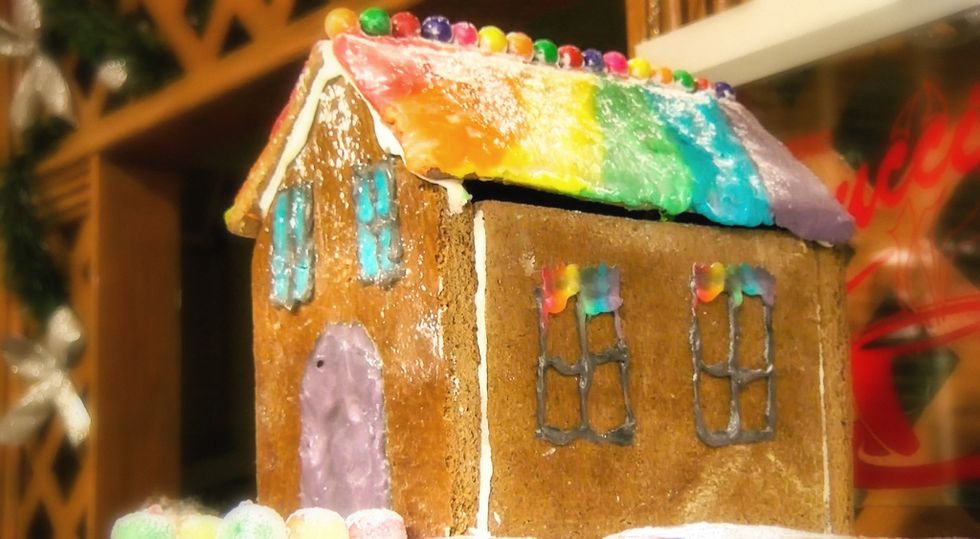 A teacher in Fall River, Massachusetts was accused of making anti-LGBT remarks about a student's rainbow gingerbread house, but the school has called the incident a miscommunication.

"He was working on a ginger bread house, he was using really cool colors," she told WLNE-TV. "He was really proud of his work with his friend. And when the chef saw it, he said, 'Don't be surprised if this is in the trash tomorrow.’”

"If you feel the need to express yourself and your diversity, we have clubs for that," the teacher allegedly said.

According to Marissa Farias, other students have also faced discrimination. One student confirmed on Facebook that Coulombe had taken away her rainbow food coloring.

But the school insisted to WLNE-TV that the student had misunderstood Coulombe's remarks.

"I think that when things are taken out of context, things can be misconstrued,” Superintendent Thomas Aubin said.

“It is a complete falsehood and fabrication,” the superintendent charged. “On a personal level, we think it is disgusting that somebody would take somebody like Chef Coulombe’s image and put it on the internet when he’s had a history of tolerance and inclusion. Our feelings are hurt about it. We are so insulted by [the accusation]… it is disgusting.”

Joshua Farias said those remarks caused him to break down in tears.

“For [the school] to just say straight out that me, my sister, and my friend were lying…without even talking to me… was crazy,” Farias explained. “They claimed we are liars.”

WLNE-TV reported that the rainbow gingerbread house is now on display in the school’s restaurant.