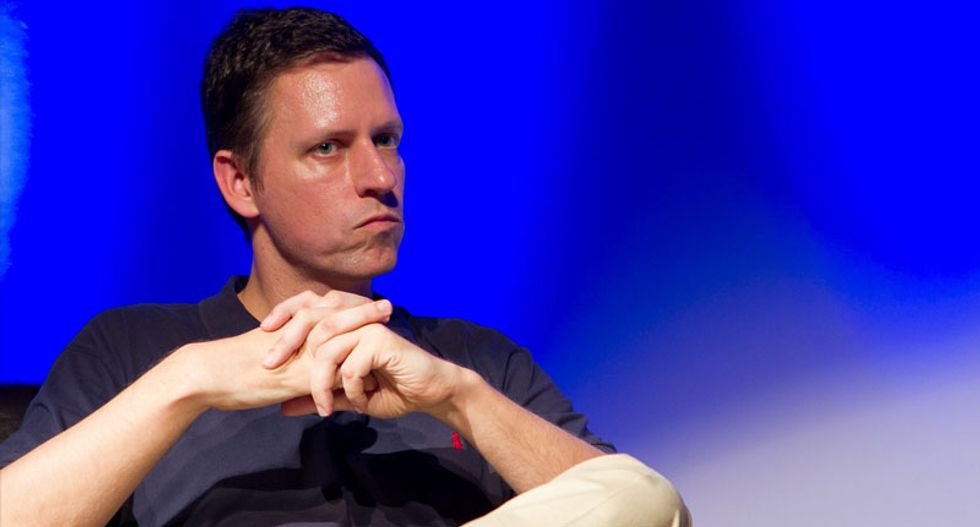 According to a review of public records, the outlet found that Palantir, Thiel's data analysis company, would likely provide its services to the Trump administration's deportation efforts.

The program's Search & Analysis System "enables ICE law enforcement and homeland security personnel to store, search, analyze, and visualize volumes of existing information in support of ICE’s mission," according to the program description. Palantir was paid millions of dollars for providing its services to create and assist in operating the program.

Palantir is also building a case management system for HSI, according to the records, which show that the contract is worth millions of dollars. The New York Times reported earlier this year that Thiel's company had made nearly $340 million from the federal government.

This all begs the continued question over conflicts of interest within the Trump administration and transition efforts. Thiel has not confirmed whether or not he ever signed official documents that disallow him from assisting in the Trump team's transition.

This is questionable given that Thiel's business has and will continue to profit off of ICE's widespread deportation and surveillance security apparatus, which Trump has promised to rev up with his plans for mass deportations with the help of a "deportation force."

A former U.S. Ambassador to the Czech Republic, Norman Eisen told the Intercept, "Given the broad scope of Palantir’s business with the federal government and Mr. Thiel’s investments, it seems to me that he should step away from a pretty broad set of transition issues."

"Whenever anything touching on [ICE] is at issue, he should step out of the room and he should not be copied on emails about it," Eisen added. "The information he learns about that agency could be immediately useful to him in his Palantir duties."