'This is a very big deal': Trump's own advisor warns him over latest Russian hack of electric company 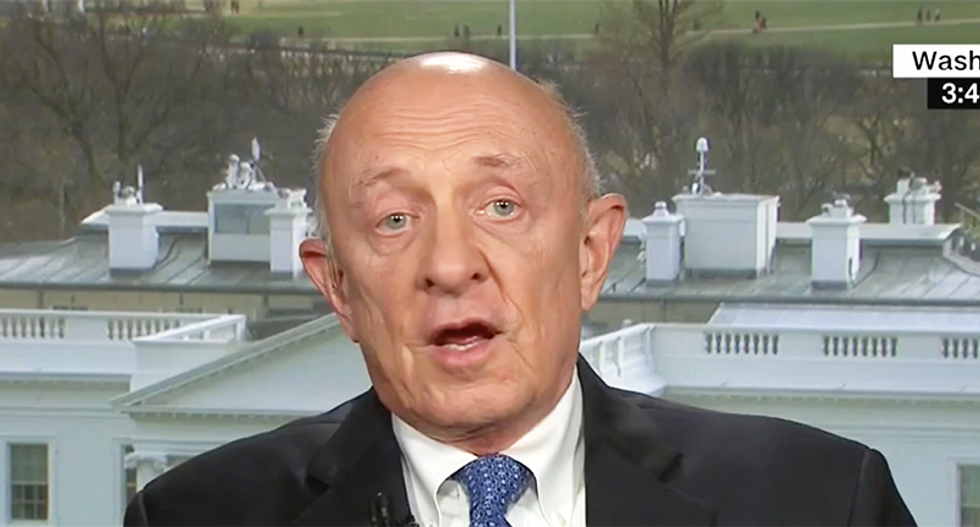 Former CIA director and senior advisor to Donald Trump, Jim Woolsey thinks that the president-elect will change his tune after a Vermont electric company was found to have been hacked by Russian hackers.

Woolsey confessed that he doesn't know what's behind Trump's decision to ignore intelligence reports tying Russia to cyber attacks in the United States.

"I think there was some questions," Woolsey said. "Certainly, the FBI was on one side, the CIA on the other and so forth, with respect to that hacking."

The FBI and the CIA are now on the same page with regard to the hacking, and the FBI sent out a statement this week confirming it. In a joint analysis with the Department of Homeland Security, the FBI squarely placed blame at the feet of the Russian intelligence services, saying they meddled in the 2016 U.S. presidential election. The report has been the most definitive one yet on the issue.

Trump has flatly denied that Russia was involved and refused to take a daily intelligence briefing that might explain such security threats to him. Trump only recently began taking the daily briefings three times a week. The transition team told the press Wednesday that he would likely take a briefing on the hacking sometime next week. He's instead taken to Twitter and dismissed any claims about the hack, praising Russian President Vladimir Putin.

Woolsey doesn't think Trump will question the "troubling" Vermont hack the way that he has of the election hack.

"I've been studying and working on this issue for 10 or 12 years now," Woolsey explained. "I don't think the same kind of questioning is going to come up because of the nature of the hardware or software that they have found. That is extremely dangerous. The Russians have hacked successfully into Ukraine and Georgia's electric grid. This is some of the same software and hardware that they used in those hackings. The grid isn't just a matter of convenience. It's a front on which one can conduct asymmetric warfare and the Russians like that and they are doing it. That means if you take down the electricity part of the infrastructure, you have taken down water purification, food deliveries and so on. This is a very big deal and ought to be treated as such."

Woolsey claimed that this hacking is different than the email hack because it didn't involve Republicans and Democrats.

CNN host Suzanne Malveaux asked if he would convey this level of seriousness to Trump and Woolsey said that he planned to.

Woolsey also noted that there is legislation in Congress that aim to protect the electrical grid but only one bill has passed.

You can see the full interview below: