Thousands of trans Americans victimized by harassment or violence in public restrooms: survey 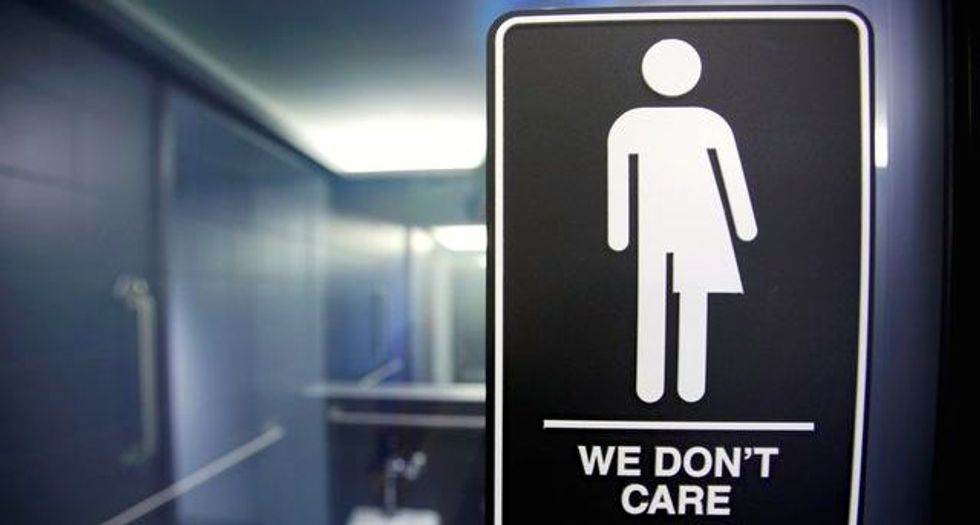 Almost 60 percent of transgender Americans have avoided using public restrooms for fear of confrontation, saying they have been harassed and assaulted, according to the largest survey taken of transgender people in the United States.

The survey of 27,715 respondents reached an estimated 2 percent of the adult transgender population in 2015, seeking to fill a gap in data about a severely understudied group whose experiences and challenges from medicine to law to economics and family relations are poorly understood.

The findings by the National Center for Transgender Equality on public restrooms counter the message of mainly conservative politicians and religious leaders that transgender people are the antagonists preying on others. It found that 12 percent of transgender people were verbally harassed in public restrooms within the previous year, 1 percent were physically attacked and 1 percent were sexually assaulted. Nine percent said someone denied them access to a bathroom.

Besides the restroom data, the survey turned up new findings, including that 29 percent of transgender people were living in poverty compared to 14 percent for the U.S. population at large, and that 39 percent experienced serious psychological distress within the previous month, nearly eight times the rate for the general population.

The survey was taken before the passage of North Carolina's House Bill 2, which forces transgender people to use the public restroom corresponding to their gender assigned at birth rather than the one matching their gender identity. Supporters of the law such as North Carolina Governor Pat McCrory said it was necessary to protect children and preserve traditional values.

Backlash to the law, including boycotts by entertainers and sports organizations who called it hateful and discriminatory, has been widely cited as a reason Republican McCrory lost in the Nov. 8 election to Democrat Roy Cooper, who opposed the bill.

Thirty-two percent of transgender people said they limited the amount they ate or drank at least once in the previous year so they did not need to use a public restroom. Eight percent reported having a kidney or urinary tract infection, or another kidney-related medical issue, because they avoided restrooms.

Beyond the immediate impact of contributing to the political debate, the study dubbed the U.S. Transgender Survey will also provide a data set to satisfy researchers for years to come, the center's experts said.

Researchers have been forced to rely on the National Transgender Discrimination Survey taken in 2008 and 2009 and published in 2011. For years, that survey has been the only one of its kind, and academics have been repeatedly picking through its findings because there were few other resources available.

Unlike the old survey, the new one was tailored to match other national surveys, enabling like-for-like comparisons to the population at large on issues such as poverty rates or psychological distress.

While many results cannot be directly compared to the previous one, they do reach many of the same conclusions: that transgender people are among the most marginalized. They are subject to discrimination in employment, housing and public accommodation while being targeted for violence by police, family and strangers.

"The findings reveal disturbing patterns of mistreatment and discrimination and startling disparities between transgender people in the survey and the U.S. population when it comes to the most basic elements of life, such as finding a job, having a place to live, accessing medical care, and enjoying the support of family and community," the survey's summary said.