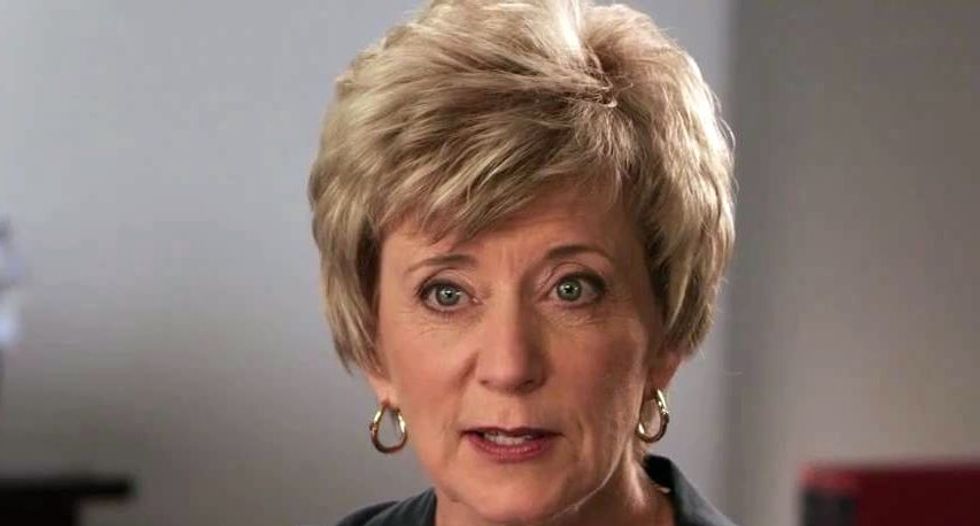 The announcement was expected later on Wednesday.

McMahon, 68, is a co-founder and former CEO of the professional wrestling franchise WWE, which is based in Stamford, Connecticut. She ran unsuccessfully for a U.S. Senate seat in Connecticut in 2010. She was an early supporter of Trump's presidential campaign.

The SBA, which has at least one office in every U.S. state, provides support to small businesses such as extending loans and making sure they get a percentage of federal contracts.

Trump's announcement, a copy of which was seen by Reuters, said McMahon would be a key player in his effort to generate stronger job growth and roll back federal regulations. He said she had helped the WWE grow from a 13-person operation to a publicly traded global enterprise with more than 800 employees worldwide. Donald Trump is a WWE Hall of Fame member.

"Linda has a tremendous background and is widely recognized as one of the country’s top female executives advising businesses around the globe," Trump said in the announcement.

McMahon said her goal as the SBA chief would be to promote small businesses and help them grow and thrive.

“Our small businesses are the largest source of job creation in our country,” she said.