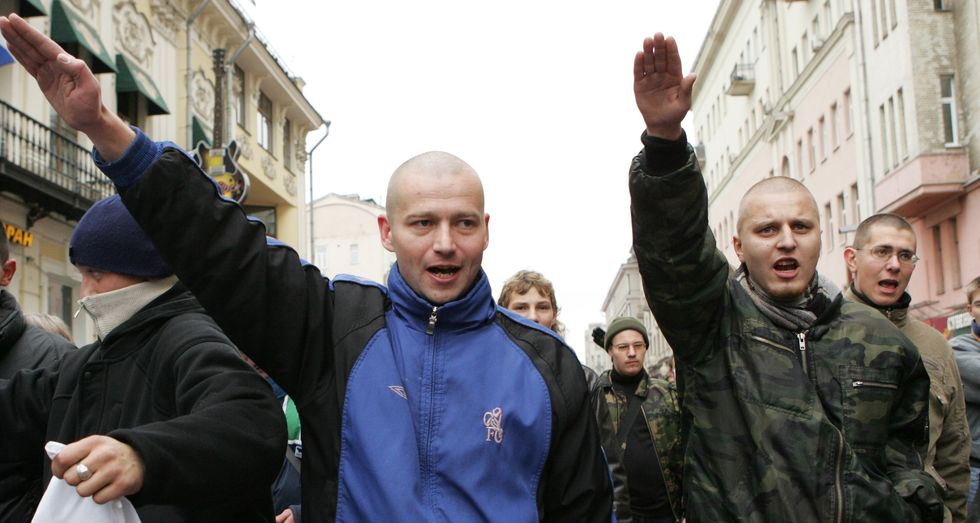 It didn't take long for the racist Trump fans organizing the "Deploraball" inauguration party to turn on each other.

A major fight has broken out among Trump's white nationalist fans over whether they should celebrate Trump's pending inauguration by showering him with Nazi salutes.

Alt-right leader Mike Cernovich, who is organizing the Deploraball, started a massive fight this week after he told popular alt-right Twitter personality @bakedalaska that he couldn't attend the party if he was going to do Nazi salutes of the kind that white nationalist Richard Spencer encouraged during his talk at the National Policy Institute conference earlier this month.

@bakedalaska quickly took his grievances with Cernovich online to his 131,000 followers.

@bakedalaska's fan base quickly rallied to his side -- and one of them even showed his support by burning a copy of Cernovich's book in protest.

The neo-Nazis at The Daily Stormer quickly got involved and declared that Cernovich was a member of the "cuck/kike contingent of the Trump movement" who had "banned... heroes such as Richard Spencer and Sam Hyde" from attending the inauguration ball, while still inviting "Alt-Light figures attempting to kike-over the Alt-Right by making it non-racist and accepting of Jews."

At any rate, if the supposed saviors of the white race have this much trouble organizing a little dance without descending into chaos, it's hard to see how they'll fare any better in stopping the coming "white genocide" they're so worried about.