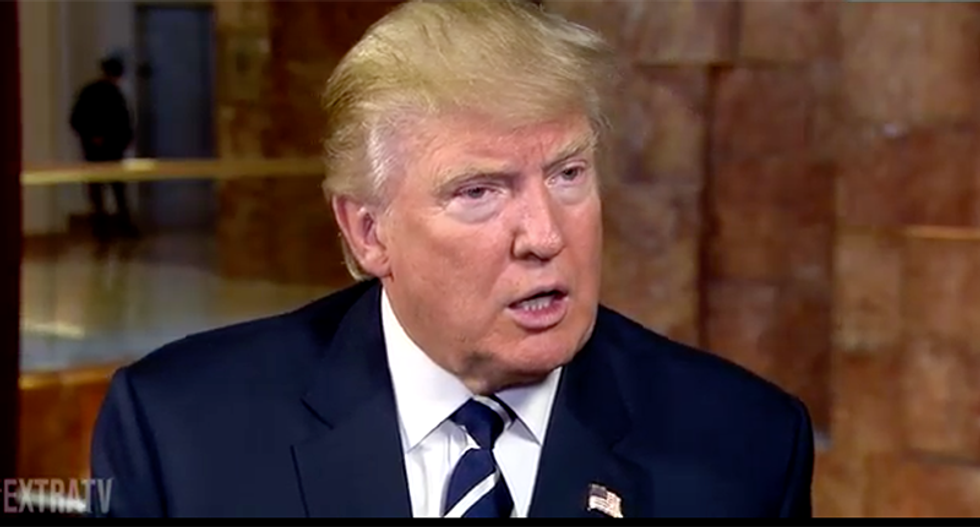 U.S. President-elect Donald Trump on Friday said he was considering imposing a lifetime ban on U.S. military procurement officials going to work for defense contractors, a move that could dramatically reshape the defense industry.

Three days after publicly rebuking Boeing Co over the cost of the next-generation Air Force One presidential aircraft, Trump floated the idea of such a ban at a rally for Republican supporters in Baton Rouge, Louisiana.

"I think anybody that gives out these big contracts should never ever, during their lifetime, be allowed to work for a defense company, for a company that makes that product," Trump said. "I don't know, it makes sense to me."

He added that he "got the idea yesterday" as he thought about "massive" cost overruns for military equipment but needed to "check this out" first before making any decisions.

Trump said such a ban would make "a big, big difference because the purchasing in this country is out of control, for everything, not only military."

The president-elect's idea was met with deep skepticism within the U.S. defense establishment

Procurement and weapons program management jobs have long been a good alternative career path within the Pentagon for military officers who did not win coveted command jobs.

A U.S. defense official, speaking to Reuters on condition of anonymity, said such a ban would likely discourage people from taking procurement jobs in the Pentagon and cause more attrition.

"The reason a lot of people go in and stay in is because it makes for a nice transition later to a civilian job. It could make people want to avoid that,” the official said after being asked about Trump’s announcement.

Current rules prohibit Pentagon employees from working on the same acquisition matter in the private sector, said Andrew Hunter, a former Pentagon official now at the Center of Strategic and International Studies, a Washington think tank.

But an industry-wide ban on hiring former Pentagon officials could backfire badly, he said.

"No one is going to want to take those jobs. You’re going to have the worst of the worst, because no one with any particular talent is going to want a career where they are going to be banned for life for doing what they were trained to do," said Hunter, who is director of the center's Defense-Industrial Initiatives Group.

Congressional aides also told Reuters they were skeptical that such a ban could be enacted.

Trump singled out Lockheed Martin's F-35 stealth fighter jet program for criticism at the Louisiana rally, saying it was "totally, totally, like, uncontrollably over budget."

The F-35 is the Pentagon's costliest arms program. The Defense Department expects to spend $391 billion to develop the plane and buy 2,443 of the supersonic, stealthy new warplanes in the coming decades. Costs per plane are expected to fall below $100 million as production ramps up.