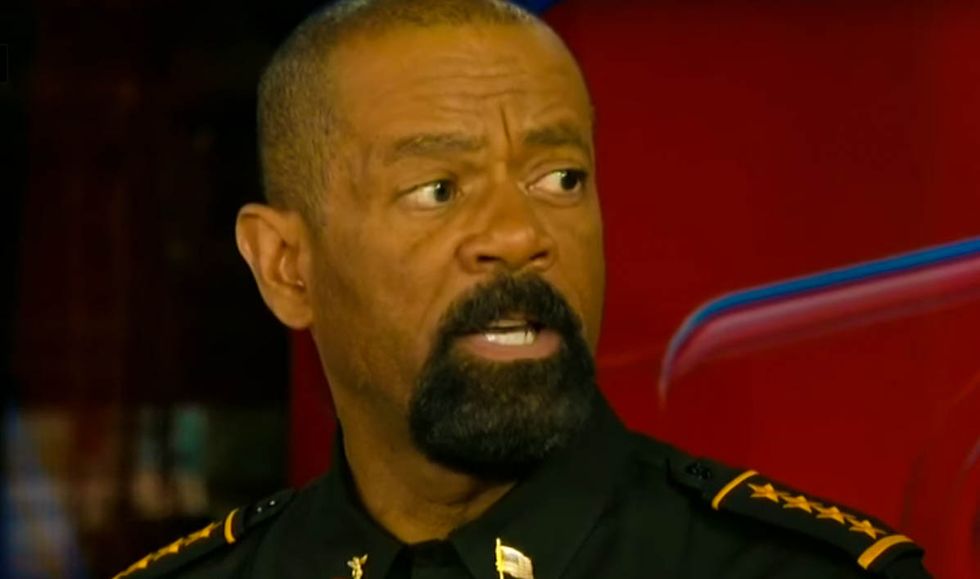 Since April, four people have died in the Milwaukee County Jail overseen by Sheriff David Clarke, a fixture in right-wing media and avid supporter of President-elect Donald Trump. And these deaths appear to have been preventable: one man died of thirst. Another was a newborn baby. When Shadé Swayzer asked for help because she was going into labor, she claims in a lawsuit that jail staff laughed at then ignored her. Her baby died.

On Thursday, the Huffington Post reported that the Department of Justice is deciding whether to launch a federal civil rights investigation into the jail. In response to a request by U.S. Rep. Gwen Moore (D-WI), Assistant Attorney General Peter J. Kadzik wrote, “We will carefully consider your letter along with other information we may receive regarding Milwaukee County Jail in order to determine whether a pattern or practice investigation may be necessary."

Although Clarke might not supervise daily operations of the jail, he is officially in charge of the facility. But the threat of federal involvement does not appear to have inspired the high-profile law enforcement official to review jail conditions. His office sent a statement to the Huffington Post calling the investigation "fake news" and a "political assault on the Sheriff for supporting and playing a key role in helping Donald J. Trump becoming the 45th President of the United States."

The statement further laid out the Sheriff's hopes for a DoJ run by Senator Jeff Sessions (D-AL), Trump's nominee to lead the department.

“After January 20, 2017, Sen. Jeff Sessions will become the new Attorney General of the US Department of Justice. He will take the partisan politics out of decision making at DOJ," the statement read. "The Sheriff looks forward to working with the NEW administration in Making America Great Again!”

In the past, Clarke has blamed the deaths on the inmates themselves as well as the private medical contractor the facility uses for its health care. Erik Heipt, an attorney representing the family of the man who died of dehydration, told the Huffington Post that Clarke's defense is flat-out wrong.

“For decades, the Supreme Court has made clear that contracting out jail or prison medical care does not relieve the government of its constitutional duty to provide necessary medical treatment to those in its custody,” Heipt told the Post. “The government’s duty is non-delegable. Simply put: the constitution creates a continuing obligation on counties to provide needed medical care despite contracting out inmate healthcare to private, for-profit corporations.”