Trump may signal support for Michigan Republican as next party chair 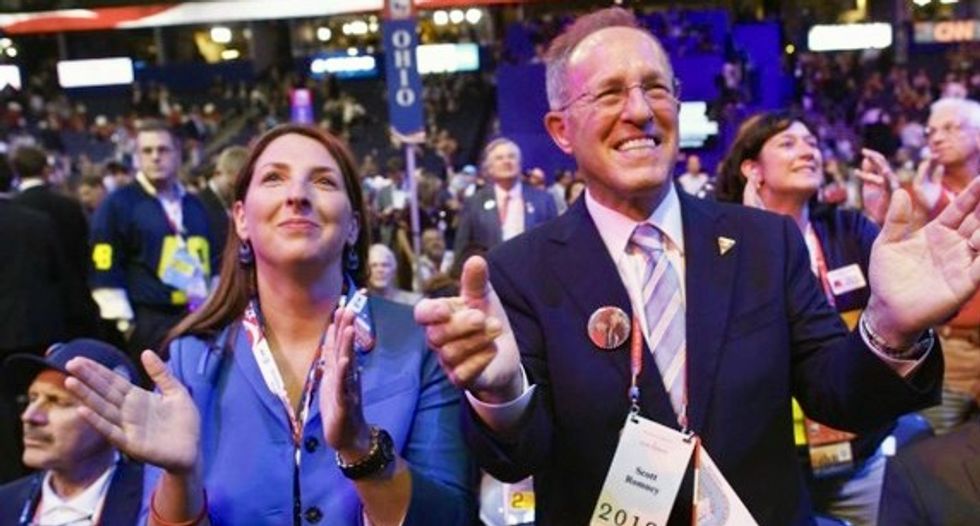 Michigan Republican Party Chair Ronna Romney McDaniel has emerged as the consensus favorite to head the party with President-elect Donald Trump headed to Michigan on Friday as part of his post-election "thank you" tour.

The Republican National Committee will soon have a vacancy at the top of the party when current chairman Reince Priebus becomes White House chief of staff when Trump takes office on Jan. 20.

With Trump to attend a rally in Grand Rapids, Michigan, on Friday night, party officials said he may signal his support for McDaniel, a niece of 2012 Republican presidential nominee Mitt Romney.

McDaniel helped deliver the state of Michigan for Trump in the Nov. 8 election.

Until this year, Michigan had not voted Republican since 1988. Trump won the Midwestern state by little more than 10,000 votes, and the state's 16 electoral votes were critical to his victory over Democrat Hillary Clinton.

The Republican National Committee's 168 elected members will choose their next chair at a meeting in mid-January, but they will be influenced by Trump's view on who should head the party.

Another popular choice among party regulars is Matt Pinnell, the former chairman of the Oklahoma Republican Party.

Trump also is to visit Baton Rouge, Louisiana, on Friday to campaign for U.S. Senate candidate John Kennedy, a Republican who is to face off in a runoff election on Saturday against Democrat Foster Campbell.

Trump is using his tour to thank supporters who backed his candidacy and lay out some policy ideas for his presidency.

He has a handful of cabinet appointments still to make, including secretary of state.