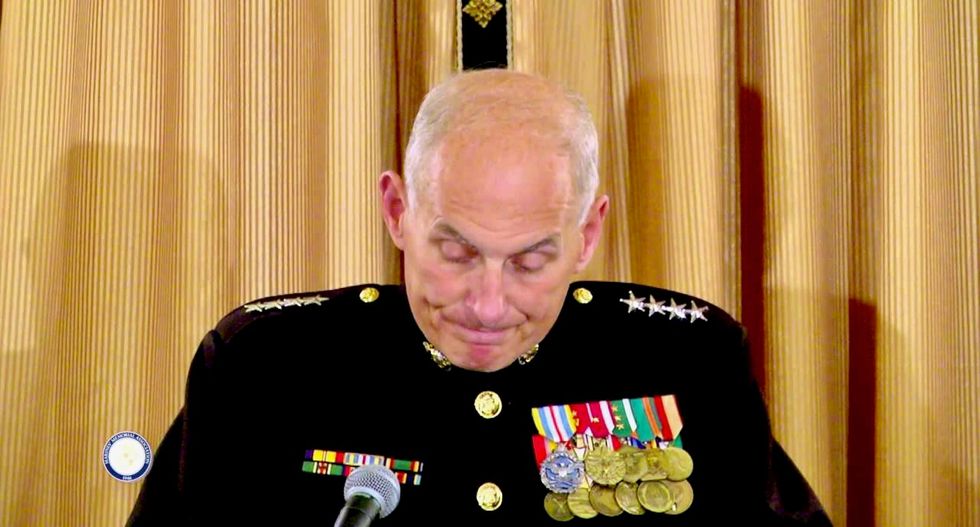 Trump's transition team said in a statement that Kelly would "spearhead the urgent mission of stopping illegal immigration and securing our borders" as well as streamline the Transportation Security Administration and improve ties between U.S. intelligence and law enforcement agencies.