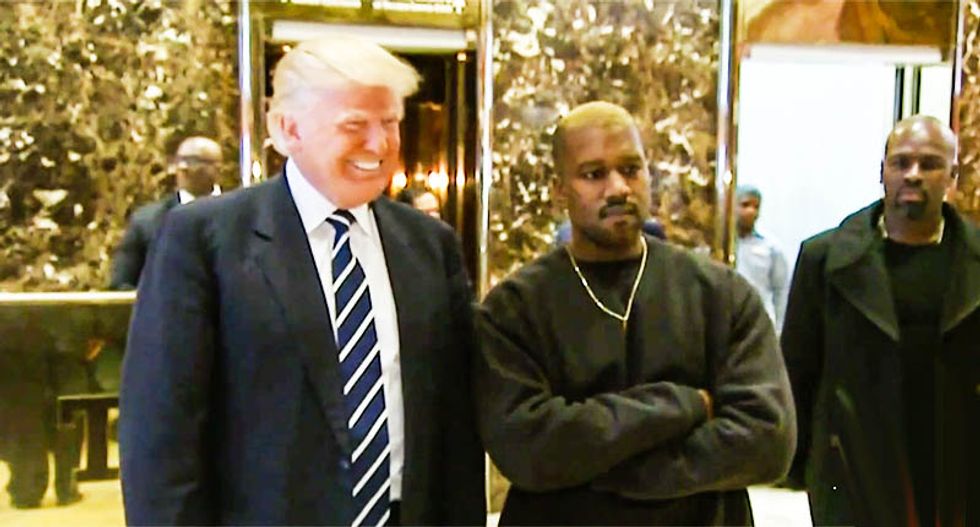 For a president-elect with a Hollywood Walk of Fame star (that’s reportedly under “Secret Service-like protection”) and a stake in a TV show called “Celebrity Apprentice,” Donald J. Trump’s inability to land an A-list performer for his inauguration has reportedly forced his inauguration committee to offer ambassadorships in exchange for high-caliber talent, the Wrap reports.

Two talent bookers, who spoke under the condition of anonymity, told the Wrap members of Trump’s Presidential Inaugural Committee contacted them “with offers of cash or even plush diplomatic posts in exchange for locking in singers.”

One of the bookers said he “almost dropped the phone” when he heard the team member’s proposal. “Never in a million years have I heard something so crazy,” he said.

“My first thought was, ‘Are you joking?'” the booker added. “But no, it was serious.”

And he’s not the only one. According to the Wrap, a second insider was offered "an ambassadorship” if he could land a big-name celebrity for the inaugural line-up. The second booker told the Wrap he knows at least two more people were offered government posts in exchange for finding big name talent for the ceremony.

“They said they were in the process of ‘figuring out posts, ambassadorships and commissions’ if that was of any interest,” the manager said.

The president-elect previously boasted about his ability to “get stars” during the general election, when rival Hillary Clinton received helping hand from celebs including Katy Perry, Alicia Keys, Jay-Z, Madonna, Lady Gaga, and dozens of other famous supporters. At the time, Trump called Clinton’s star power “a form of cheating.”

Now, Trump himself is requiring a helping hand in landing big-name talent to serenade him on his big night. Asked about reports that the Trump transition team is “willing to pay anything” to land a performer like Bruno Mars or Clinton supporter Justin Timberlake, senior Trump adviser Kellyanne Conway dismissed the suggestion, joking that the A-list celebrities can call her directly.

Committee spokesman Boris Epshteyn similarly denied the reports. “There is no truth to this insinuation,” Epshteyn told the Wrap. “First-class entertainers are eager to participate in the inaugural events. The inauguration as a whole will be an exciting and uniting celebration of freedom and democracy. We will be releasing further details at the appropriate time.”

For now, the only known performer is 16-year-old “America’s Got Talent” runner-up Jackie Evancho, who will sing the National Anthem at Trump’s Inauguration. During President Barack Obama’s inauguration, that honor went to pop superstar Beyoncé.

But perhaps Trump’s luck is changing. Wednesday, the president-elect met with one mega-talent, rapper Kanye West, to discuss “life.” No word yet if West, who once rapped, “balled in and Donald Trump taking dollars from y’all,” plans on taking dollars from Trump’s Inaugural Committee, but reports indicate the pair did discuss an “ambassadorship” of sorts for West.

As one of the bookers told the Wrap, “Nothing is off the table. It’s like an alternate universe.”