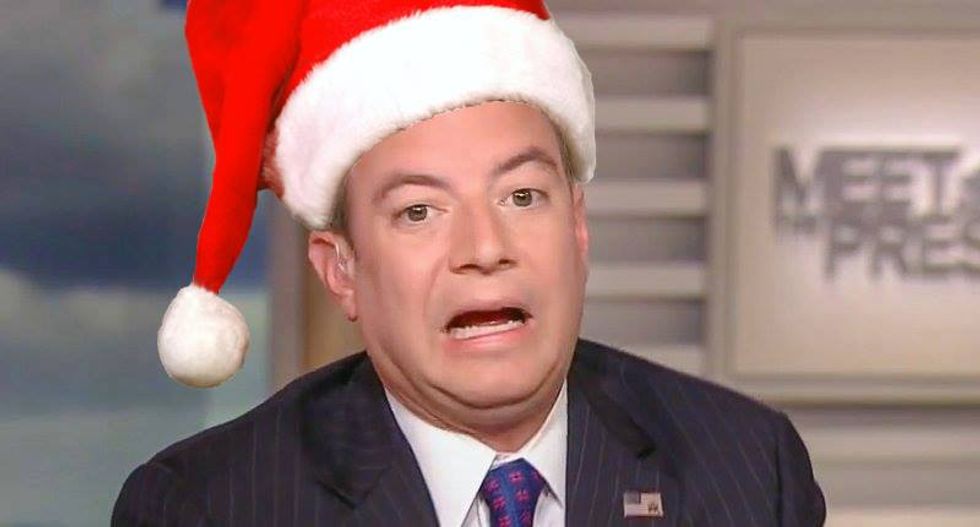 On Sunday, the Republican National Committee (RNC) tweeted out a Christmas greeting that included a reference to a "new King."

"Merry Christmas to all!" wrote RNC Chairman Reince Priebus and co-chair Sharon Day, according to TheHill.com. "Over two millennia ago, a new hope was born into the world, a Savior who would offer the promise of salvation to all mankind. Just as the three wise men did on that night, this Christmas heralds a time to celebrate the good news of a new King. We hope Americans celebrating Christmas today will enjoy a day of festivities and a renewed closeness with family and friends."

Twitter users were baffled and a little horrified to see a major political party calling its Republican-elect a "king" before he's even sworn into office.

"New King" message is proof GOP can't even get Christmas right. @Reince needs to read what the revolution was fought against to form USA.
— Jay Lawrence (@Jay Lawrence) 1482690236.0

The party frantically tried to correct the spin through spokesperson -- and newly nominated White House press secretary -- Sean Spicer, who said the tweet had nothing to do with Trump.

"Christ is the King in the Christian faith," Spicer said.

However, as CNN Politics pointed out, "Last year's Christmas message from Priebus made no reference to a 'King.'"