VIDEO: Michigan cops strap black man to a chair and beat him until he is blind in one eye 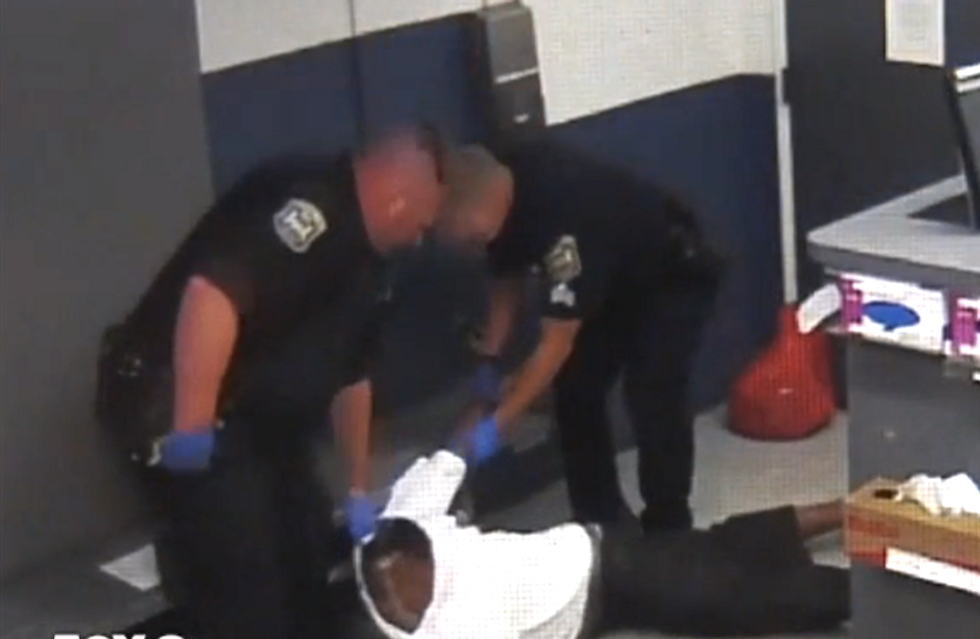 A black resident of Eastpointe, Michigan has filed suit against local police after they tied him to a chair and beat him so severely that he permanently lost the vision in one eye.

Detroit's Fox 2 News said that Frankie Taylor was arrested for driving under the influence on Aug. 10, 2015, but what happened when he arrived at the station was like something from a nightmare -- and cameras caught it all.

The station's surveillance cameras caught officers carrying Taylor to a chair and restraining him, then threatening to tase him. Another officer entered the frame, donned a pair of gloves and began to beat Taylor savagely until he lost consciousness.

Taylor's screams of pain and terror can be clearly heard on the tape's audio.

"The guy hit me so many times, it made me cry once I seen the tape," said Taylor to Fox 2. "I was knocked out."

Taylor's attorney James Rasor said that rather than seeking medical treatment for Taylor's injuries, they transferred him to Macomb County Jail the next day.

Within days he was admitted to Detroit Receiving Hospital for surgery, but it was too late to save his eye.

"He has permanent loss of eyesight in one eye. His vision is severely compromised," said Rasor. "He has these horrible nightmares."

Rasor said that unlike white arrestees, Taylor was not allowed to make a phone call.

"I don't feel like that I was a threat to the officers to the point that they had to hit me until I was unconscious," Taylor said. "I wouldn't expect this from officers."

Watch video about this story, embedded below (WARNING: THE VIOLENT NATURE OF THIS VIDEO MAY BE UPSETTING TO SOME VIEWERS):