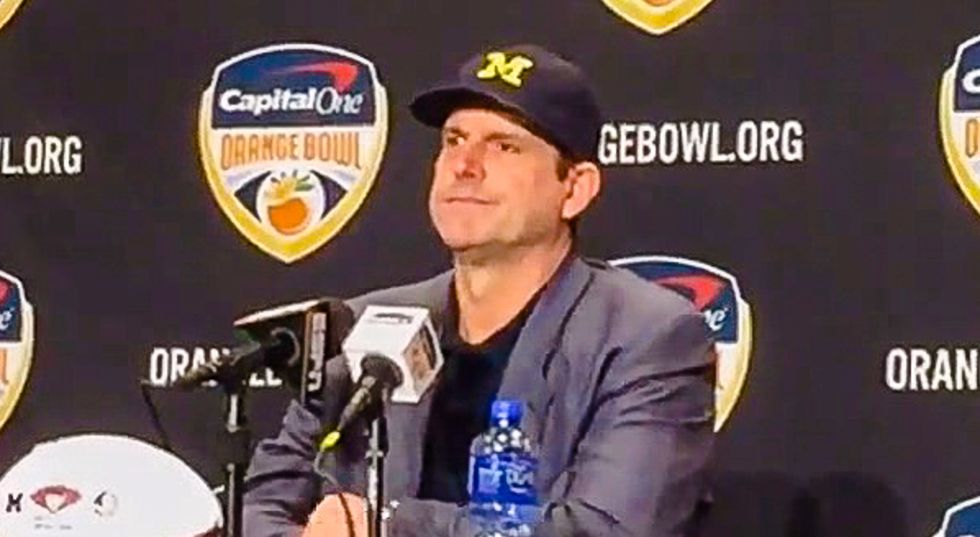 Michigan football coach Jim Harbaugh threw some serious shade at a reporter who wanted to know if his team was going to make time to "see some bikinis" while preparing to play in the Orange Bowl against Florida State.

At the conclusion of a press conference in Miami on Thursday, the reporter asked what SB Nation called "one of the weirder lines of questioning you’ll ever see."

"I don't have any thoughts on that," Harbaugh replied, appearing slightly annoyed.

The reporter, who is a woman, pressed the coach: "They would like to see some bikinis before they leave."

"The beach, the bikinis," the reporter pushed.

Yeah. I don't know anything about that," the coach repeated curtly.

"Not on the itinerary?" the journalist asked again.

"Don't know what you're talking about," Harbaugh said.

Watch the video below beginning at the 12 minute mark.