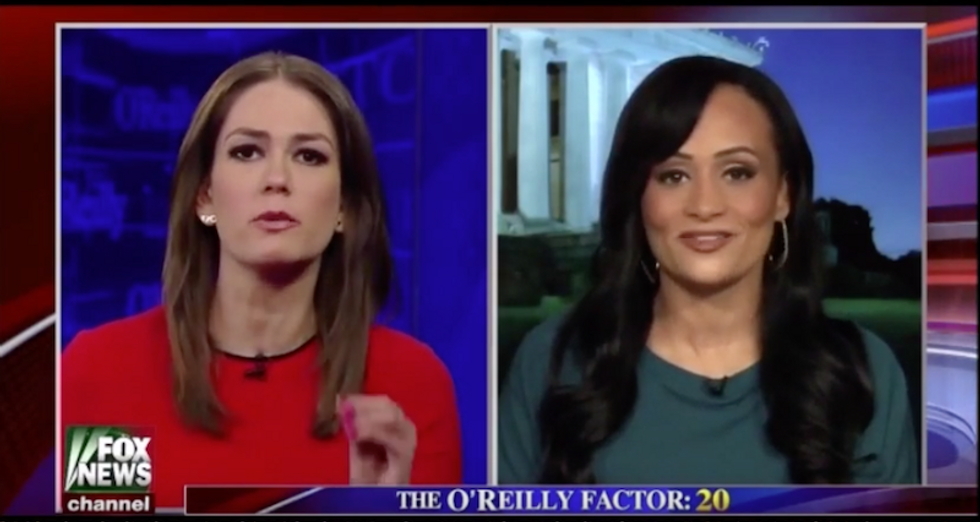 Calling him a "divider-in-chief" whose political career "revolved around racism, sexism, classism and even elitism," Pierson argued that the Democrats are imposing an "extreme leftist ideology" on all Americans.

However, Tarlov pushed back, listing "core democratic policies" that have gained significant public support, such as a minimum wage increase, overtime pay, gay marriage, and Obamacare. "Tell me what's the problem there," she said.

Pierson's response suggested that the Democratic party "demonizes strong, traditional family values," pointing to formerly blue states that went red in the 2016 election, such as Wisconsin and Michigan. "This is about an extreme ideology that is being forced down the public's throat."

Tarlov shot back as Pierson continued to talk, "Katrina, when you say 'core family values' do you mean anti-gay marriage? Because 60 percent of the country is pro-gay marriage."

"No. Jessica, what I'm saying — people who have traditional family values —" Pierson continued before Tarlov asked her again, "What does that mean to you? Tell me!"

"What's pro-family? Does that mean not gay marriage? Tell me if it means to you that marriage is only between a man and a woman because that is not what Americans feel. Sixty percent are pro-gay marriage," Tarlov said.

Pierson then argued that people who don't believe in gay marriage are ostracized and treated "like subhuman" because of their beliefs.

"Katrina, if you think that Donald Trump won Wisconsin and Michigan because of his stance about marriage being between a man and woman, you are dead wrong," Tarlov argued.