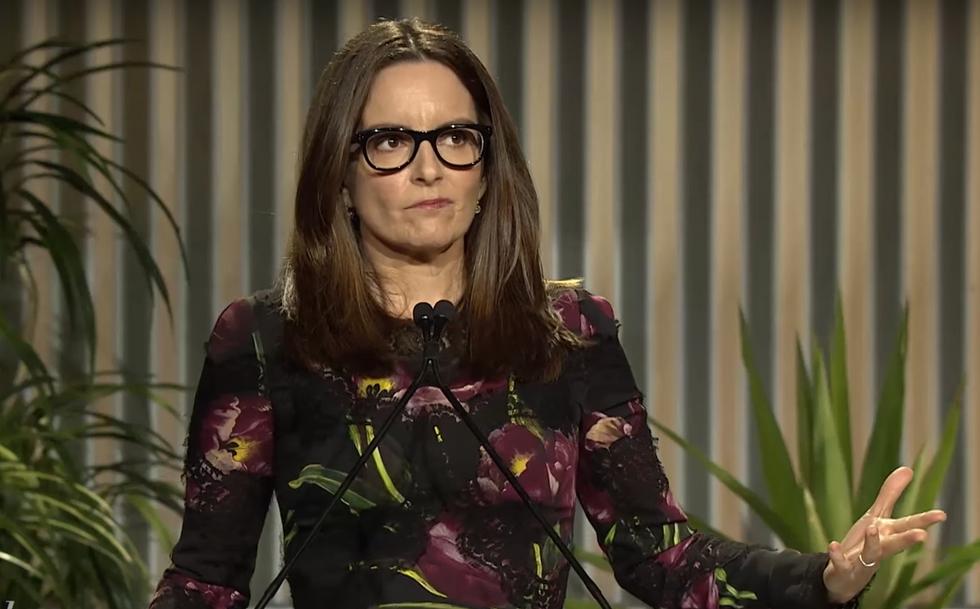 Comedian Tina Fey sarcastically dangled the bait at the army of Internet trolls who inhabit Breitbart.com on Wednesday during a speech to a group honoring women working in the entertainment field.

"I promised myself I wouldn't get up here today and talk about the election," Fey quipped before alluding to the controversy earlier this year over the all-female reboot of Ghostbusters by saying, "because when I get written up in Breitbart I wanted it to be because they're mad that I'm making an all-female Hitler biopic."

Breitbart.com's vehemently antifeminist writers and fans were outraged when Warner Brothers announced it was producing the distaff Ghostbusters reboot. Tech editor Milo Yiannopoulos and his followers waged a campaign of harassment against black SNL and Ghostbusters star Leslie Jones, driving the comic off Twitter for a time.

In her speech, Fey also lampooned the impossible beauty standards Hollywood sets for women and saying that she's grateful for her own experience, which, on the whole has been "pretty positive and solid for someone who is PBS pretty and not shootable from behind."

Watch the full speech, embedded below: