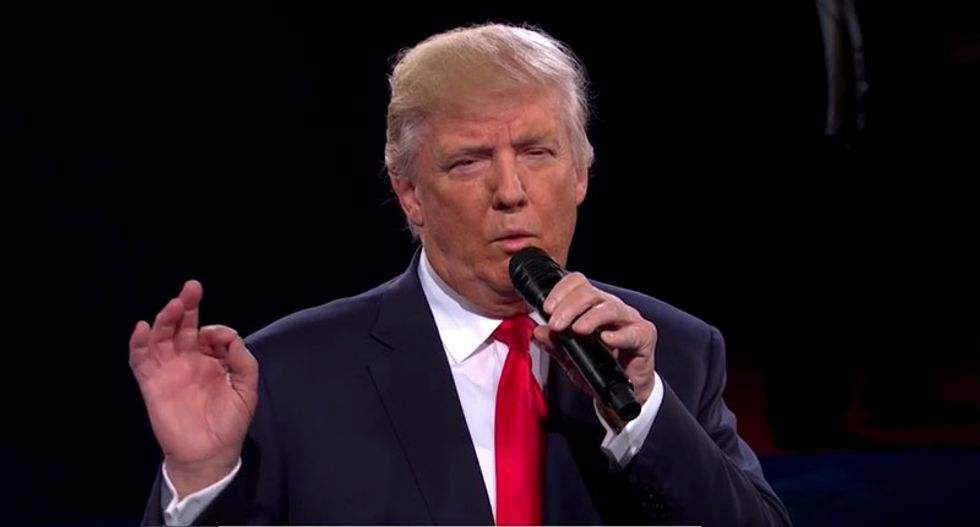 The Presidential Election of 2016 is unique in many ways, with maybe the most fascinating being that Donald Trump not only lost the popular vote by the largest margin of any President in total votes (2.84 million votes and counting), he also could not blame that fact on the presence of a strong third party challenger.

Not only did Donald Trump become the worst example of the Electoral College quandary that has now led to five Presidents losing the popular vote but being inaugurated President. Trump also became the 7th lowest popular percentage winner of the Presidency, with all six Presidents who had a lower popular vote percentage being part of an election in which a third or fourth party candidate had drawn substantial support. That wasn’t true in the election of 2016.

These are the relevant elections, ranked in order from lowest popular vote getter:

John Quincy Adams won a four-way race with a Democratic-Republican Party splitting up in the first popular vote election in 1824, winning 30.92 percent of the vote, ending up second in popular votes but winning the Presidency in the House of Representatives, over the first place popular and electoral vote winner, Andrew Jackson. (Jackson failed to win the presidency because he lacked a majority of the electoral vote, forcing the election into the House of Representatives.) Henry Clay and William Crawford also received electoral votes in that election which reorganized the party system. Jackson had a popular vote margin of about 38,000 over Adams, so Adams became the only popular vote loser among the lowest Presidents inaugurated, until now joined by Donald Trump.

Abraham Lincoln won 39.65 percent of the vote in the Presidential Election of 1860, with his three competitors being Stephen Douglas, John C. Breckinridge, and John Bell, and all four winning electoral votes, but with Lincoln winning the second lowest percentage ever due to winning only the Northern “free states.”

Bill Clinton won 43.01 percent of the vote in the Presidential Election of 1992, with President George H. W. Bush and H. Ross Perot, running as an Independent. Perot won no states in the Electoral College, but won 18.9 percent of the popular vote, the third best performance in that regard, causing Clinton to win the fourth lowest popular vote percentage in American history.

Richard Nixon won 43.42 percent of the vote in the Presidential Election of 1968 against Democrat Hubert Humphrey and George Wallace, who ran on the American Independent Party line. Wallace gained 5 states, 13.5 percent of the total popular vote (fifth best ever in American history), and 46 electoral votes, the second best total after TR in 1912.

James Buchanan won 45.29 percent of the vote in the Presidential Election of 1856, with John C. Fremont and former President Millard Fillmore running on the American (Know Nothing) party line, and winning 21.5 percent of the total popular vote, and gaining the 8 electoral votes of Maryland. In so doing, Fillmore had the second highest percentage of the popular vote of any third party in American history, behind TR in 1912.

And now, Donald Trump has won 46 percent of the vote in the recent election, against Hillary Clinton, Gary Johnson, Jill Stein, and Evan McMullin, but none of the third party candidates in this election gained a high percentage of the total popular vote; the three together won just 4.84 percent. No other time have third party candidates listed above had so little influence on the vote, with none but Ross Perot failing to win any electoral votes. (Perot had no electoral votes, but a very high percentage of popular votes, which affected the election.)

This suggests Trump can hardly claim to have a mandate.