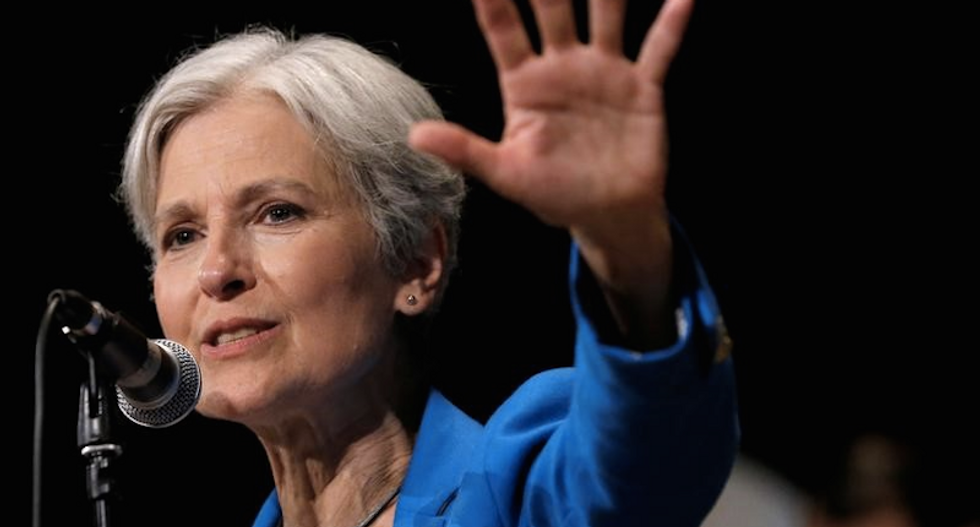 A U.S. judge in Wisconsin on Friday rejected a request by President-elect Donald Trump supporters to stop a recount of election votes while the Michigan Supreme Court denied an appeal by Green Party candidate Jill Stein to restart the state's recount.

The results of the Nov. 8 election have been challenged in three states by Green Party candidate Jill Stein, who finished fourth in the presidential poll. In Pennsylvania, the third state, a judge said he would rule on Monday on whether to allow a recount to go forward.

Even if the recounts were carried out, they would be extremely unlikely to change the outcome of Trump's win over Democrat Hillary Clinton.

In Wisconsin, the Great America political action committee and Stop Hillary PAC had called on the court to halt the recount, which is more than 88 percent complete, according to the state elections commission. A commission spokesman said in an email that the recount was expected to be completed on Monday.

"The recount is an inherent part of what ensures the integrity of elections," U.S. District Judge James Peterson said, according to court transcripts.

Also on Friday, the Michigan Supreme Court, in a 3-2 ruling, denied Stein's request to restart a recount, affirming a lower court ruling that she did not have grounds to mount the challenge.

Although Clinton won the national popular vote, by 2.6 million according to the latest count, she lost to Trump in the Electoral College, the 538-person body chosen state-by-state that actually selects the president.

The three "Rust Belt" states narrowly supported Trump. The New York businessman and former reality TV star who has never previously held public office won by more than 68,000 votes in Pennsylvania and about 11,600 votes in Michigan, according to state figures.

U.S. District Judge Paul Diamond in Philadelphia said at a hearing that he would return a ruling "first thing Monday morning" on whether he would grant a request for a partial recount of paper ballots and a forensic examination of voting computer systems before the national Dec. 13 certification deadline.

Lawyers for the Green Party, the Trump campaign and the state argued the matter for three hours, with Stein's supporters saying the state's election process was so disorganized that state officials had not known the recount petition filing deadlines for some counties.

(Reporting by Timothy Mclaughlin in Chicago; Additional reporting by David DeKok in Philadelphia and Brendan O'Brien in Milwaukee; Editing by Scott Malone and Grant McCool)