'You're fired!': NY school board chair opens a massive can of whoopass on Trump racist Carl Paladino 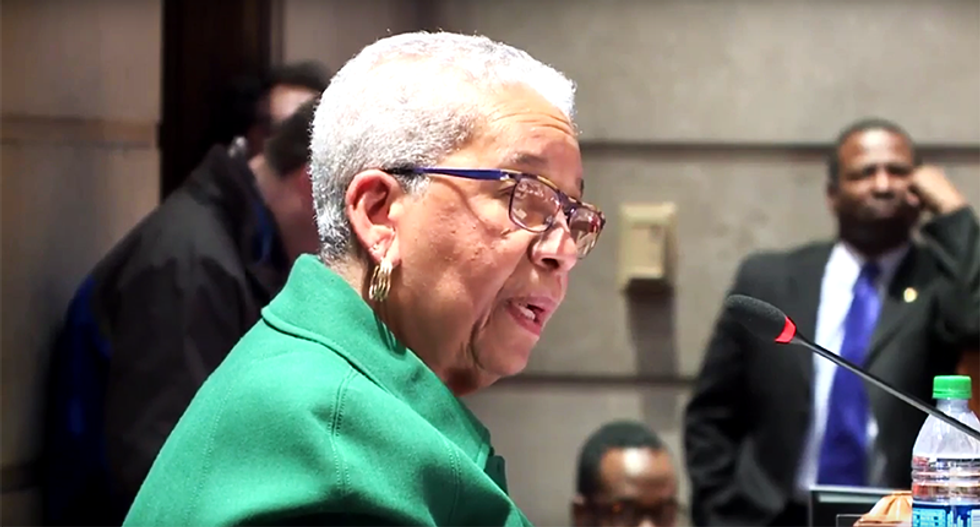 The Buffalo School Board in New York sought to oust Carl Paladino on Thursday following his racist tirade against Michelle Obama. During the meeting, School Board President Barbara Seals Nevergold didn't hold back in her criticism of the former Donald Trump campaign co-chair.

“Words matter, Mr. Paladino,” she said during the meeting, which Paladino did not attend. "Our president, the Commander in Chief of this nation for the last eight years, Mrs. Obama, our First Lady, and Mrs. Valerie Jarrett, special presidential council [SIC] are all African-Americans. Among other things, they are accomplished, intelligent, beautiful people and that's not just my opinion."

But under Paladino, Nevergold said that they were reduced to criminals, frauds or gorillas.

“The impact on children of color, especially African-American children is incalculable," she continued. "How do we encourage them to use their God-given talents to soar, to reach for the stars, when a sitting board member responsible for their education demonstrates such contempt of their role models?"

She went on to say that Paladino's contempt for the first family and their aides has fallen to a level of "unmitigated and hateful, racist and misogynist, rhetoric" that can't be disassociated from the race and culture of the students in the district. Paladino has established a record and a pattern of behavior that the board believed violated his oath of office as well as the ethics as a board member.

Nevergold said that she has heard from people all over the state, indeed the country, who were shocked that Paladino would "demonstrate such a lack of responsible leadership."

"They would like me to tell you, ‘You’re fired,'” Nevergold continued, as the audience applauded. She asked that he do the right thing and resign.