Anderson Cooper stunned by Trump's 'stupid TV show' tweets: He is 'such a raw nerve of emotion' 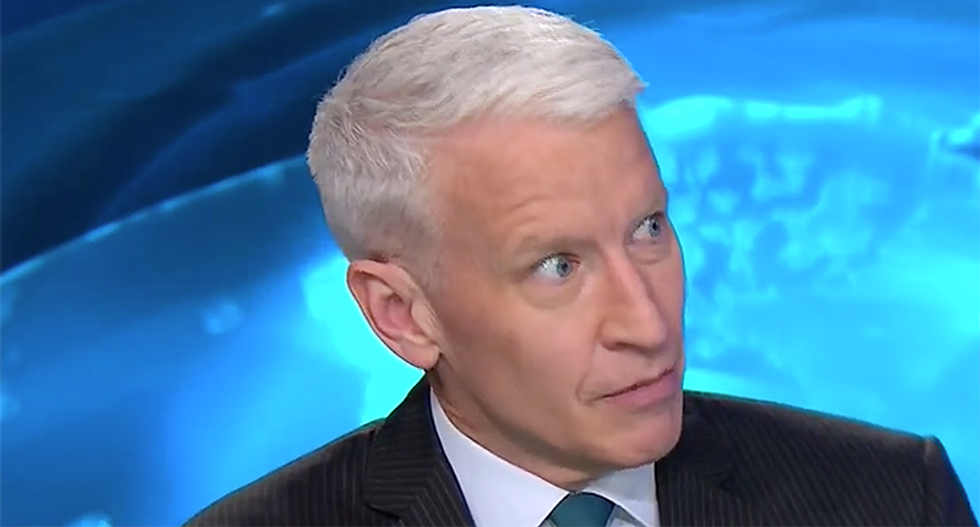 At the close of a panel discussion about Trump's intelligence briefing, CNN host Anderson Cooper revealed that he couldn't believe that President-elect Donald Trump seemed to be more focused on the latest "Apprentice" ratings than the day-to-day of his office.

"I got to say, I mean, you know, we've seen a lot of tweets from President-elect Trump," Cooper began. "I was surprised by this morning's tweet where he's going, I think it was two tweets, about the ratings for 'The Apprentice,' and Arnold Schwarzenegger. It just seems to me incredible that the president-elect cares about the ratings of a stupid TV show he used to be on, but now somebody else's on and he's still the executive producer of."

New York Times reporter Michael Shear noted that it's even more shocking that Trump seemed to be condemning and mocking the show he's still a producer of.

"There was speculation that maybe he's trying to goose the ratings by creating a controversy around it," Shear said. "But the thing about Donald Trump's tweets that we as the media have to recognize is that they fall into different categories. And we should apply the same news judgment we do to everything a president says. And when he tweets about something that is not important we should mention them or not and move on to something else. And when he mentions something that is important, like nuclear weapons or Russia or something that legitimately that qualifies as news, we should report the hell out of it."

Cooper wondered if Shear felt like it said something about Trump himself.

"Tor me, it says about the man, that he's about to assume the most, you know, he's supposed to be the most powerful guy on the planet and he seems to genuinely care about the ratings of a tv show."

He went on to say that he doesn't know anyone who has ever been president, "who is such a raw nerve of emotion that is so clearly to everybody." Cooper admitted he wasn't sure if it was out of "anger or jealousy or pride or boastfulness."

"He called himself a 'ratings machine' or something like that, in one of the tweets," Cooper said. "I don't think it matters, but it is a mirror to who this person is"