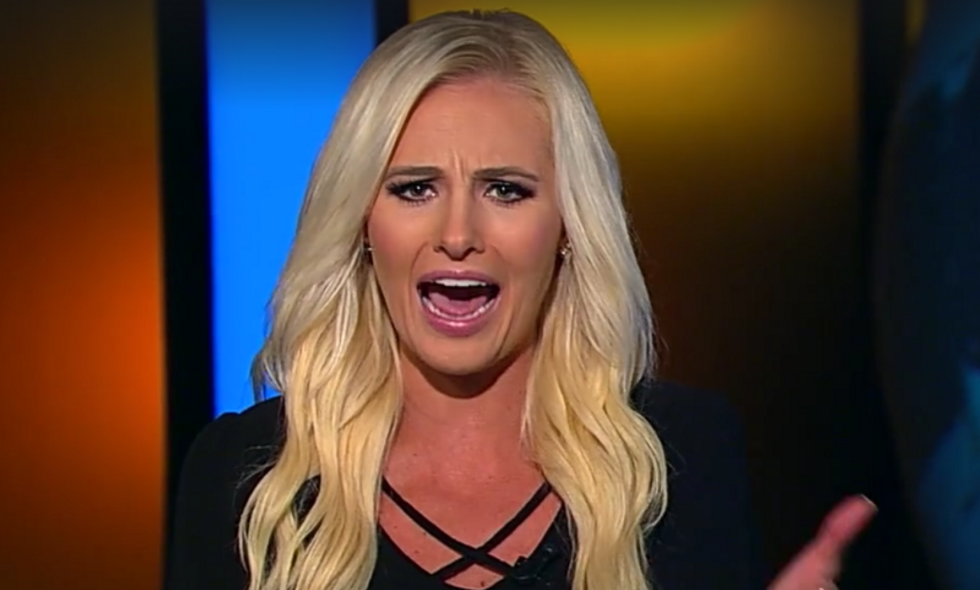 The Blaze’s Tomi Lahren—a darling of conservative media—may be known for her brash, reactionary commentary. But as it turns out, before she received a paycheck from Glenn Beck, the 24 year old was, in fact, a purveyor of nuance and reason.

Thursday, Syracuse University student Matt Gehring uncovered a series of videos from Lahren’s University of Nevada-Las Vegas days, where she hosted a political roundtable show on UNLV-TV called “The Scramble.”

In the 2014 videos, Lahren (whose signature shout-at-the-camera approach is noticeably absent) can be seen acknowledging the scientific consensus that climate change is real, and advocating for lawmakers to address the “multi-dimensional issue” of gun violence.

“Despite this cold snap, scientists have reached a consensus: climate change is occurring,” Lahren said in one video. “What are we going to do about it is the controversial question we will address here today.”

Tomi's favorite hobby in 2016 was calling climate change "bad weather." But in 2014, she said it was an agreed-upon scientific consensus. pic.twitter.com/0PkMPVNfMD

Contrast Lahren’s 2014 insistence that climate change is a problem with her 2017 claim she “[calls] it weather.”

As Gehring points out, while Lahren today “won’t mention the words ‘gun control’ without blaming Islam,” in college she managed to get through an entire segment on the nuances of gun violence without mentioning the religion.

Tomi won't mention the words "gun control" without blaming Islam. But she calls it a multi-dimensional issue here, with no mention of Islam. pic.twitter.com/evDEUVbdPc

“The footage doesn’t look good. That’s why there will be a full investigation by the justice department and Tulsa PD. That how this thing works. If it wasn’t justified it would be prosecuted in that matter. Why is it that we aren’t supposed to mention Islam, even when it’s clear Islamic radical terror is the culprit? Why is it that we can’t seem to come up with a motive? Oh, but when a white officer uses force against a black suspect for any reason, automatically, without hesitation, it’s about white racism.”

Lahren, who made a name for herself by bucking “political correctness,” once hosted a panel on “how our everyday language and word choice shapes popular culture.”

In 2017, Tomi calls everyone snowflakes and fragile. But in 2014, Tomi hosted this civil discussion about slurs and their place in society. pic.twitter.com/ed31Be9e5k — Matt Gehring (@mattryanx) January 12, 2017

Thursday, Lahren defended herself against a barrage of criticism after she was caught deleting old tweets about “[popping] that p” and “Christmas tipsy texting.”

“I don’t know why y’all are thinking this is so scandalous because I say this pretty much on a weekly basis,” Lahren said in her video response Thursday, sarcastically apologizing for drinking beer and dancing on bars as a college student.

But considering her current viral videos are diametrically opposed to the Tomi Lahren of yesteryear, “I say this pretty much on a weekly basis” probably won’t work as an excuse.

Her tweets may be deleted, but the internet is forever.