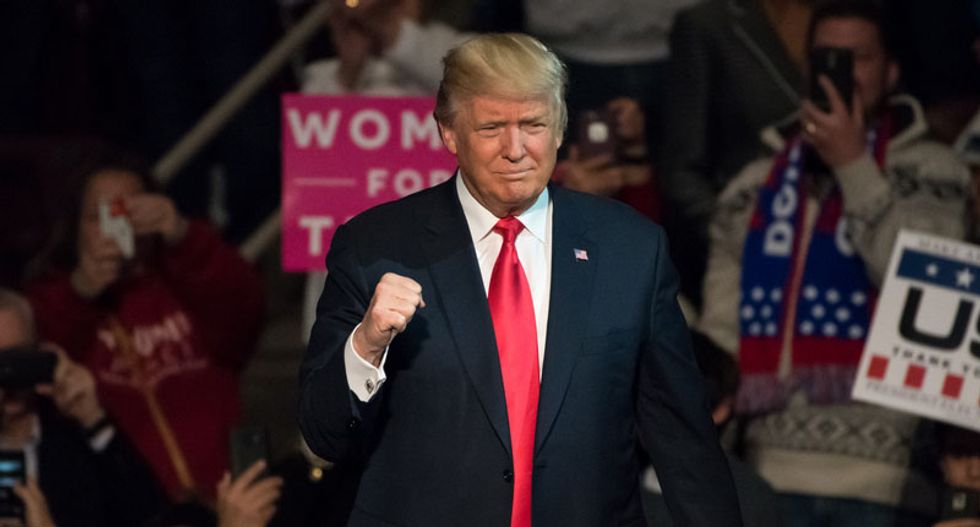 President Donald Trump’s whitehouse.gov page omitted references to a number of policy issues championed by his predecessor, including climate change, civil rights and healthcare, providing a blueprint for the new administration’s priorities over the next four years.

As is customary with the digital transition, whitehouse.gov flipped to the new administration’s website when Trump was sworn into office, and policy pages from the Obama administration are now archived on the website obamawhitehouse.gov. And while the Obama website included pages on “top issues” like climate change and criminal justice reform, President Trump’s most pressing issues include “standing up for our law enforcement community” and “making our military strong again.”

As Vice reports, the only reference to climate change on the new White House website is listed under Trump’s “America First Energy Plan” which vows the president “is committed to eliminating harmful and unnecessary policies such as the Climate Action Plan and the Waters of the U.S. rule.” There are no references to "global warming” or “climate change.”

Similarly, the pages on civil rights and criminal justice reform have been replaced with a page on the concerns of the law enforcement community, depicting a “dangerous anti-police sentiment in America” that won’t prevail under Trump’s “law and order administration.” The page also includes false statistics about inner city crime, one of Trump’s major talking points throughout the campaign.

As the Daily Beast notes, where Obama’s White House included a host of issues he campaigned on, Trump does not even have a policy page on immigration, one of his most-discussed campaign promises. It also makes no reference to minority communities, except where it iterates Trump’s pledge to “deport illegal aliens.” It did however, include a low-key reference to Russia, promising “we are always happy when old enemies become friends.”

Compare the sites below: