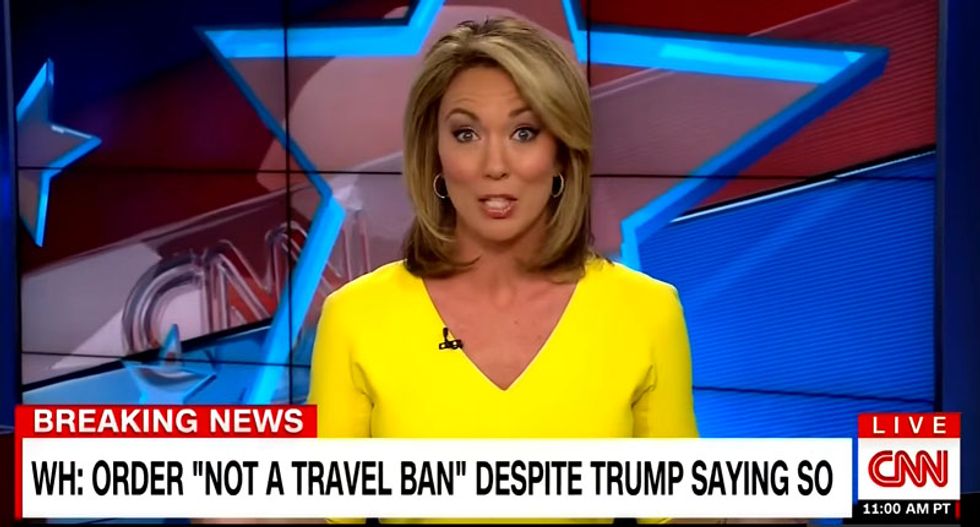 White House Press Secretary Sean Spicer on Tuesday drew some hackles in the media after he chided them for referring to President Donald Trump's travel ban executive order as a "travel ban."

"It's not a travel ban," Spicer flatly stated when asked about the administration's policy during his daily press briefing.

The problem with Spicer's assertion, however, is that President Trump referred to the order as a "ban" just one day ago, when he tweeted out that the ban was necessary to stop bad "dudes" from entering the country.

When asked by reporters why the White House didn't want to call the policy a "ban" despite Trump saying it was, Spicer blamed the media for using the word in their coverage, which apparently forced the president to adopt their language while describing it.

The crew at CNN decided to have some fun with Spicer's statement, and they ran a fact-checking chryon that read, "WH: Order 'not a travel ban' despite Trump saying so."

Check out CNN's segment on the ban below.