CNN's Jim Acosta: Sean Spicer said 'I was going to be thrown out' for asking Trump a question 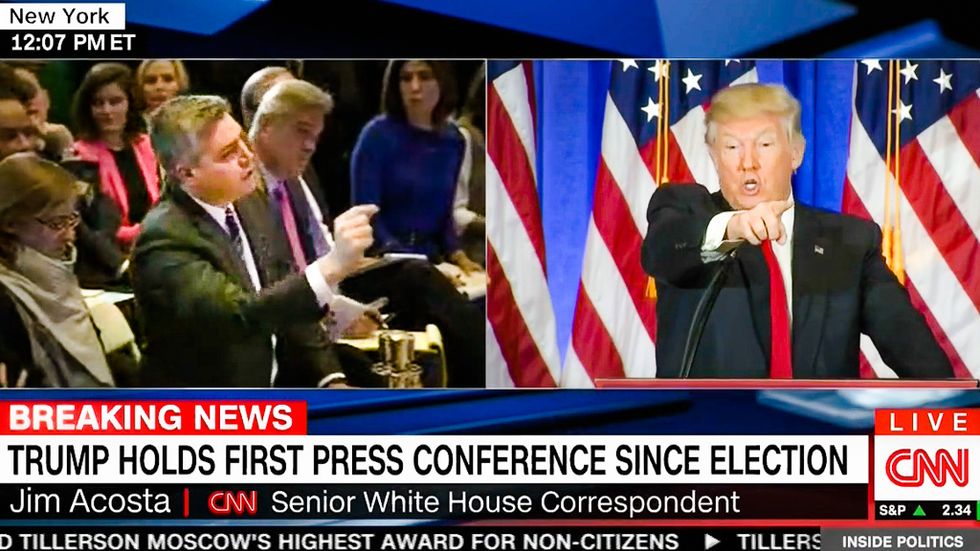 CNN political correspondent Jim Acosta revealed that Donald Trump's press secretary told him he would be "thrown out" of Wednesday's press conference if he asked the president-elect a question.

At his first press conference in over five months on Wednesday, Trump lashed out at CNN over recent reports about an U.S. intelligence briefing that suggested Russia had compromising information on the soon-to-be president.

Following the press conference, Acosta explained that he "felt it was only fair if our news organization is going to be attacked, that we get a chance to ask a follow-up question."

The CNN reporter said that his attempt to ask the president-elect a question was met with a threat from Trump's staff.

"After I asked and some might say demanded that we have a question, Sean Spicer, the incoming press secretary, did say to me that if I were to do that again, I was going to be thrown out of this press conference," Acosta stated.