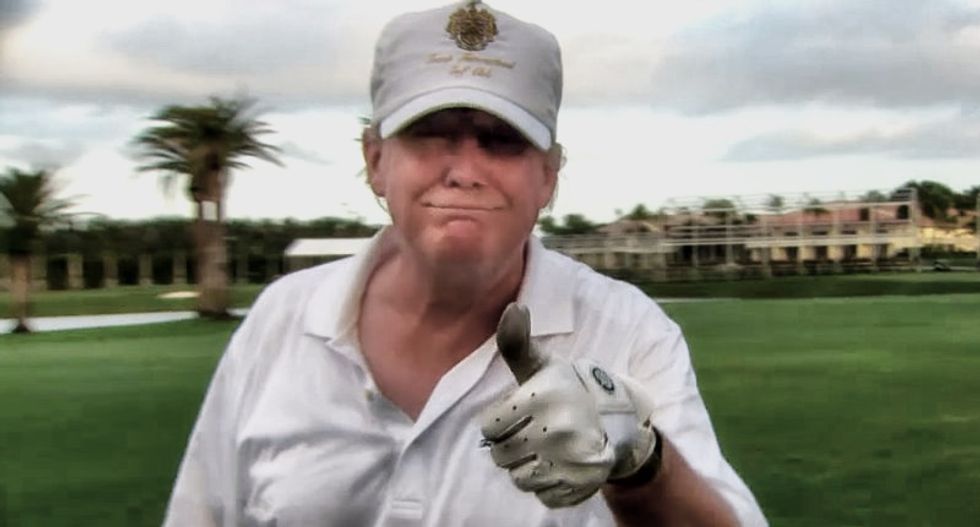 When Donald Trump took to Twitter on Tuesday to warn that he “will send in the Feds” if Chicago “doesn’t fix the horrible ‘carnage’ going on,” the Huffington Post's Michael Calderone noted a parallel between the president’s tweet and a segment hosted by Trump booster Bill O’Reilly on Fox New’s “The O’Reilly Factor.”

Fox's O'Reilly just over an hour ago: “Gang violence in Chicago getting worse. Will President Trump step in and ove… https://t.co/ALoRyVOcQ1
— Michael Calderone (@Michael Calderone)1485311796.0

Trump himself had provided insight into his choice of nightly news programming Tuesday evening, sending a congratulatory tweet to Fox News moments before threatening a U.S. city with martial law.

Congratulations to @FoxNews for being number one in inauguration ratings. They were many times higher than FAKE NEWS @CNN - public is smart!
— Donald J. Trump (@Donald J. Trump)1485310579.0

Of course, it’s no secret Trump enjoys watching cable news—particularly cable news about himself. A recent Politico article even described aides trying to temper the president’s viewing habits, noting he “gets bored and likes to watch TV.”

The internet, of course, was quick to point out just how “insane” Trump’s fixation with cable news is:

White House staff is now reverse-engineering a policy-like explanation to cover for the fact that Trump got carried away watching O'Reilly
— Simon Maloy (@Simon Maloy)1485313116.0

Trump was set off by segment on O'Reilly, reacted by threatening to declare martial law in major American city. Not normal. Not sane.
— Josh Marshall (@Josh Marshall)1485315823.0

DONALD TRUMP: I don’t trust anything the media says. [Flirts with the idea of martial law because of a graphic he s… https://t.co/vRQFKOttCM
— Freddie Campion (@Freddie Campion)1485314188.0

And Gabriel Sherman, who essentially wrote the book on Fox News and former Trump advisor Roger Ailes, noted the president's embrace of the network is something he's "never seen before."