Elijah Cummings: 'If the public knew what Congress knows' they would boycott the inauguration too 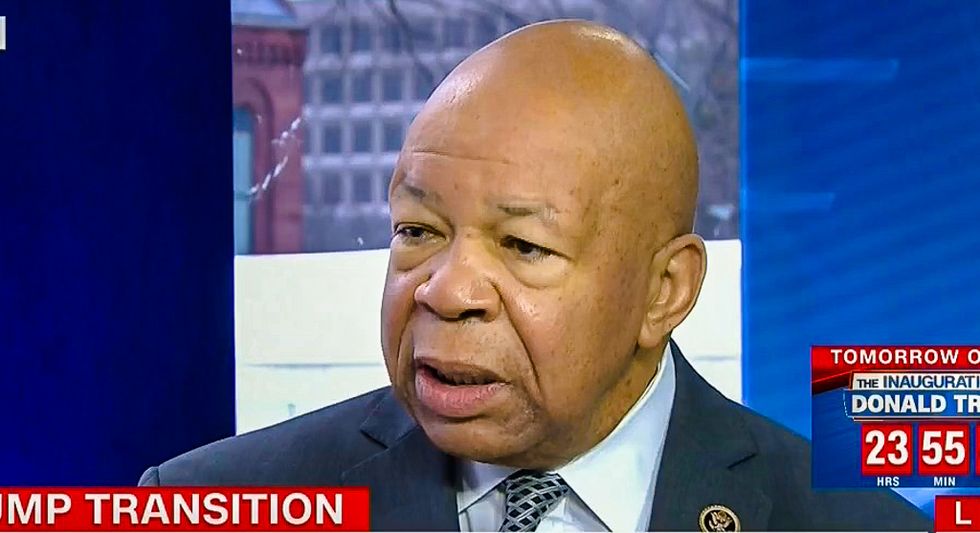 Rep. Elijah Cummings (D-MD) on Thursday asserted that the general public would boycott Donald Trump's presidential inauguration if they had access to classified information about Russia's interference in the U.S. election.

During an interview with CNN's Chris Cuomo, Cummings explained that he would be attending the inauguration but he defended the more than 50 Democratic lawmakers who have vowed not to show up.

"Why don't they?" Cuomo interrupted. "If it's that important that it's going to make people not go to the inauguration... shouldn't people know?"

Cummings argued that Congress needed to move forward with an investigation into the role both Russia and FBI Director James Comey played in influencing the U.S. election so that more information could be released to the public.

"It seems as if the Republicans are sort of letting President-elect Trump sort of just move forward with regard to the conflict of interest issues [and] this whole hacking issue," the Maryland Democrat noted. "And I'm really concerned that we as Democrats have to push harder on Republicans to do something so that our standards are met and that he gets rid of these conflicts and he also deals with the hacking."

Cummings said, however, that he would be attending the inauguration.

"I want to be a witness to history," he told Cuomo. "But I also want it understood that this our watch and we've got to protect this democracy. This, to me, is bigger than President-elect Trump. I'm concerned that we are moving slowly but surely towards a crisis of a legitimacy with regard to our core institutions: CIA, FBI, NSA."

"Even our Office of Government Ethics has been attacked by the Republicans," the lawmaker pointed out. "At some point a lot of information is going to come to me as the top person on the Oversight and Government Reform committee and I don't want anybody to say, 'Well, he was just one the people that was protesting.' I want them to understand, this is not about Democrat or Republican."