Ex-Justice Dept spokesman: Sean Spicer 'should have resigned' instead of lying at first press conference 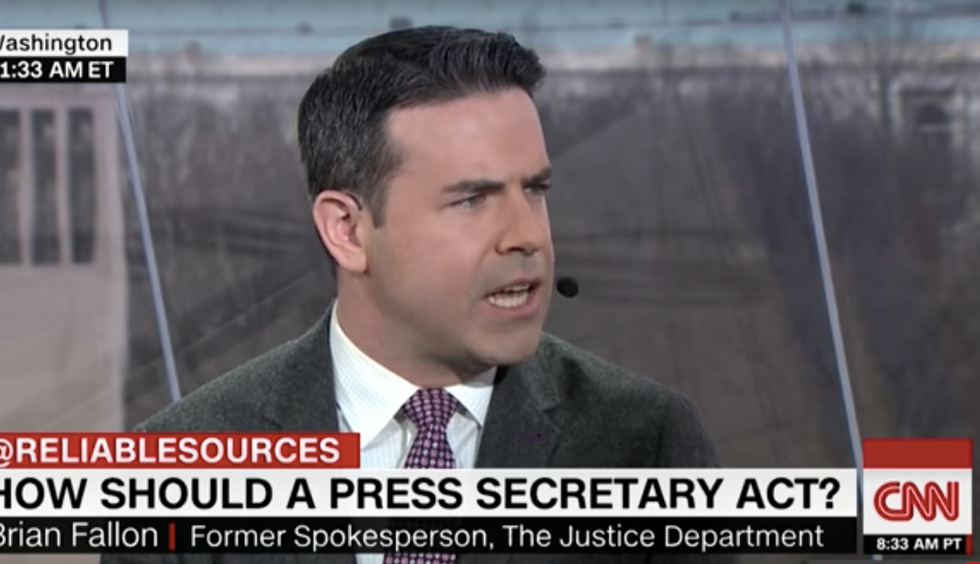 Former Justice Department spokesman Brian Fallon told CNN's Brian Stelter on Sunday that Pres. Trump's press secretary Sean Spicer should have resigned his post rather than carry out the order to devote his first press conference to an outright falsehood.

"If yesterday's briefing is any indication, this is somebody who is going to put his standing with his boss ahead of his integrity," Fallon said.

"I think it's very clear that he went out yesterday and told a fundamental untruth, he told a lie, and we shouldn't beat around the bush about it," he continued.

At a Saturday evening press conference -- Spicer's first ever from the White House briefing room -- the newly minted press secretary said of Friday's inauguration, “This was the largest audience to ever witness an inauguration -- period.”

"We can infer motive here," Fallon said, pointing out that Trump himself made media reports of crowd size the centerpiece of his speech on Saturday morning at CIA Headquarters in Langley, Virginia.

"Then Sean Spicer went out and doubled down on that," he said, "so there was clear intent, it was a lie. It should be called a lie. And if he was placed in a position by Reince Priebus or his boss Donald Trump to go and tell a lie to the American people, he should have resigned rather than go out and take the podium."