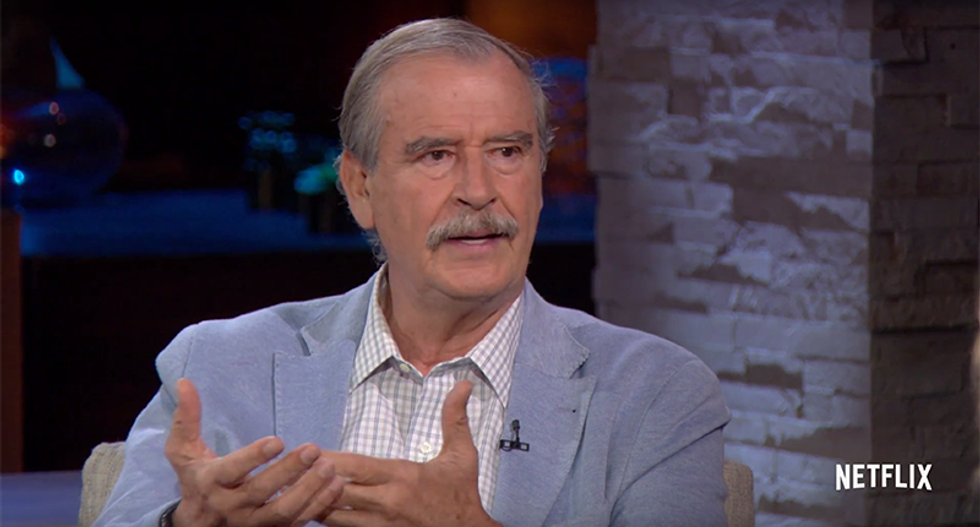 Former Mexican President Vicente Fox has spent the last several months attacking Donald Trump for his anti-Mexican comments and policies that attack Fox's country. Wednesday, however, Fox took his attacks further by comparing the U.S. president to Hitler while he was speaking to the Nazi Party.

Fox explained that at no time in recent history has the relationship between the United States and the country to its south been so sour. He suggested that it was perhaps 50 years ago that the Mexico had differing opinions with the United Nations but over 100 years since the U.S. and Mexico had an unstable relationship.

"When I saw today's gathering of the Republican Party retreat, Trump being there reminded me of Hitler addressing the Nazi Party," Fox told CNN International. "I think it's important to remind Congressmen with the Republican Party that fall on their responsibilities —"

It was then that the CNN International host stopped former President Fox to clarify if he actually was comparing Trump to Hitler.

"Not in that sense," Fox clarified. "I am comparing him in the sense of the way he's a populist, of everything that he said is pure populism, making America first. Number two, that he says jobs for everybody, what he says, business for everybody. I mean, his declarations, his creeds and his executive orders. Yes, I want to remind a Congressman is obliged with this free conscious to make decisions he doesn't have to accept, but this guy is important to them."

Fox also reiterated that Mexico will not be paying for any wall. Ever.